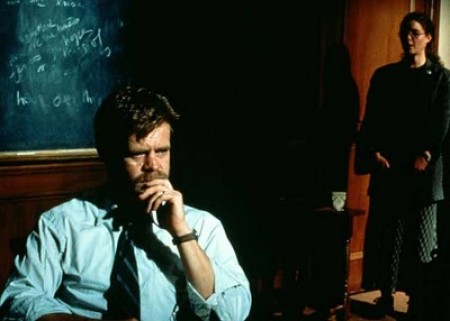 I haven’t seen David Mamet’s controversial two-character play on the stage, but his own film adaptation (2007) is easily his best movie since House of Games. The two characters are a pontificating, bullying male college professor (William H. Macy) up for tenure and his initially cowed, eventually empowered female student (Debra Eisenstadt), who winds up charging him with sexual harassment. The stage versions have often been attacked for siding with the professor, but what seems most impressive about the movie, which may have benefited from certain refinements in the material, is that the two characters are so evenly matched by the dramaturgy that they become Strindbergian antagonists in a life-and-death struggle — equally odious in their authoritarian reliance on institutions to define their own identities and equally crippled by what might be described as their political impotence, which drives them to reach desperately for whatever institutional weapons are available to them. Within this context, education becomes as much an alibi as political correctness, and the most telling aspect of the struggle is that the two characters, even in their carefully coded sexual roles, become two different versions of the same blocked individual. Though the dialogue is full of characteristically stylized Mamet-speak, the subject for once is the real social world of contemporary America rather than a fantasy equivalent, and the performances and direction are equally potent in throwing this world into frightening relief. (JR) 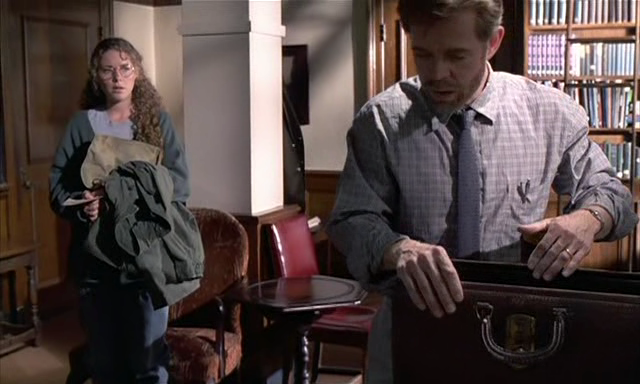