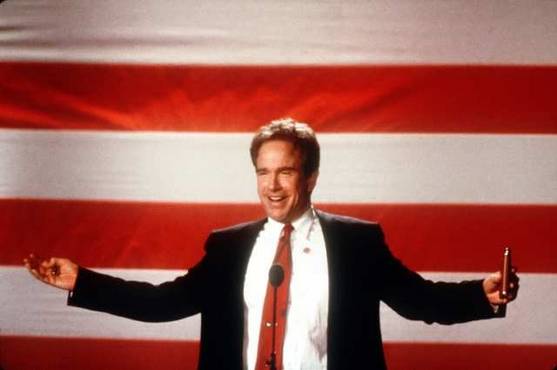 Written by Beatty and Jeremy Pikser

“Warren Beatty co-wrote, directed, and stars in this satire about a self-destructive U.S. senator using race-baiting tactics to get reelected.” I assume Mark Caro hadn’t seen Bulworth when he wrote this capsule for the Chicago Tribune‘s May 10 summer movie preview. It only goes to show the risks you run when you try to make a movie that tells the truth politically and then limit this “truth” to a series of sound bites; sooner or later that form of TV abbreviation is going to bite you back.

More precisely, Bulworth is about a Democratic senator from California (Beatty), up for reelection in 1996, who is having a nervous breakdown, takes out a contract on himself, and then finds himself blurting out the truth instead of the usual packaged lies during his campaign. He hasn’t slept for days, and after throwing caution to the winds and going off to a hip-hop club with Nina (Halle Berry) and two other young women from South Central LA, he starts parsing out all his public statements in rap, scandalizing his staff and various media people with the form and content of his forthright declarations. Then after flirting with Nina, meeting her family, saving some boys in the hood from a cop beating, and more or less deciding he wants to be black, he concludes that he doesn’t want to get bumped off after all.

A movie by a control freak that’s slightly — and, it appears, deliberately — out of control, Bulworth is full of delirious risks, and that may be the most likable thing about it. Beatty isn’t any sort of stylist when it comes to directing, a fact that became painfully clear with Dick Tracy and is more implicit in the overly busy script machinations of this lively farce, which he negotiates dutifully rather than gracefully. When called upon to create secondary characters that are more than satirical composites, he lacks the flair of Preston Sturges, Frank Capra, and Capra’s screenwriters, Robert Riskin and Sidney Buchman, and the only thing he and cowriter Jeremy Pikser can do with dialogue is assign various debating points or clichés to their stick figures.

On the other hand, Beatty has been storing up plenty of ideas over the years, especially about politics — Reds (1981), his first solo directorial effort, gave us the first taste — and Bulworth releases them in one frenetic gusher. But the plot positioning required to unleash this content breaks up the flow of the discourse into periodic spurts, and the plot itself is such a strenuous affair of crosscutting and shoehorning that it’s no wonder Caro got the political meaning scrambled. It’s as if Beatty decided that not TV in general but channel surfing in particular is the only political forum we have left, so the movie’s a little bit scrambled too: half the time Jay Billington Bulworth is a visionary prophet, the other half he’s a raving lunatic — and it’s not always clear which half is which. Paraphrasing what David Denby writes about most of the recent foreign films he reviews, I’m not sure if the results qualify as serious art (a label Denby reserves for Sistine Chapels like L.A. Confidential), but it sure makes for a rousing entertainment. 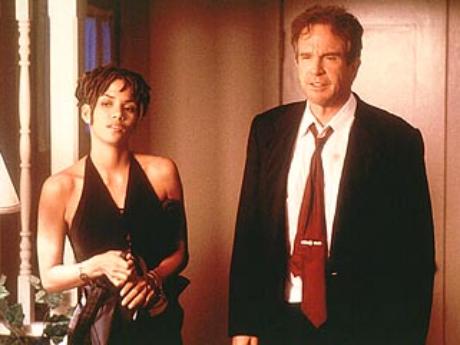 A couple of weeks back, Norman Mailer praised Bulworth at some length on Charlie Rose’s TV chat show, and it’s easy to see why; sometimes it suggests An American Dream reconfigured in sitcom terms. And, like Mailer when he starred in his own low-budget, improvised features like Wild 90 and Beyond the Law in the 60s, Beatty uses his character’s alternating absurdity and lucidity to play daffy riffs on his own persona, an approach that has its shortcomings as well as its dividends. Far from following any narrative logic of psychology or character, Bulworth remains from beginning to end a jerry-built postulate combining bits of Beatty with the ruined ideals of the Democratic party; Beatty and Pikser fail to create any discernible human trajectory to make his transformation at all plausible. Because the movie begins with his nervous breakdown and forgoes flashbacks — summing up his past with a few framed photographs in his office — it never gives us any sustained sense of what provoked his personal crisis or what he was like beforehand. Even the issue of whether he overcomes his crisis during the course of the movie is left hanging; essentially we’re given a barrage of effects and no clear causes. The ghosts — or, as the homeless sage played by Amiri Baraka would put it, the spirits — of Bobby Kennedy and Gary Hart (two of Beatty’s candidates) hover in the background without ever getting explicated in this zany rebus.

Beatty describes Bulworth as a “tragic farce,” and probably the reason he makes it tragic is that he can’t figure out any other way of resolving his shotgun marriage between current Democratic lies and the truths he’d like to replace them with. Combining his own womanizing image with those of various Democratic figureheads, he manages to generate more suspense about whether Bulworth and Nina will wind up in bed together than whether he’ll get reelected; it’s never clear where politics and libido become separate issues. (The same ambiguity plays into the more issue-shy Primary Colors, and it helps as well as confuses matters that, unlike director Mike Nichols, Beatty makes it all seem personal.)

In some respects the movie qualifies as a left-wing Network, with a comparable degree of anger and confusion shading its cascading desire to outrage. Much as Paddy Chayevsky unloaded all his conservative gripes against the 60s and 70s, combining them with reflections on the venality of television, Beatty sounds off on issues of the 80s and 90s — public financing of elections, the inflating cost of health-care insurance, the corporate ownership of networks, the absence of black leaders, the erosion of inner-city school and job programs, the decimation of welfare, the hypocrisies of the gulf war — combining them with reflections on the venality of politics and the media, which are again seen as virtually interchangeable.

To go along with the terms of this critique, you have to agree that Beatty and Bulworth have more common cause with inner-city victims than with Rupert Murdoch, and this bizarre, energizing movie doesn’t so much argue this audacious and bewildering case as set it forth as a postulate and let the chips fall where they may. That’s why Bulworth seems to seesaw relentlessly between visionary and mad fool. And that’s why the guarded appreciation of Bulworth by Henry Louis Gates Jr. in the New Yorker begins with the bottom-line demurral “Warren Beatty can’t rap.” Of course he can’t rap; the fact that he proceeds to rap anyway for the better part of the film is Beatty’s way of flinging down the gauntlet, letting us decide how serious or ridiculous he is for trying. The implicit question throughout is whether it’s any more serious or ridiculous than trying to talk like Bill Clinton. 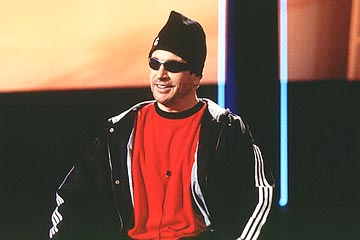