Chantal Akerman: The Integrity of Exile and the Everyday

I’m still recovering from the rude shock of hearing about the suicide of Chantal Akerman on October 6, 2015.

The following was originally published in Retrospektive Chantal Akerman, a publication of the Viennale/Austrian Filmmuseum, 2011, and the second issue of the online Lola (lolajournal.com), 2012. — J.R. 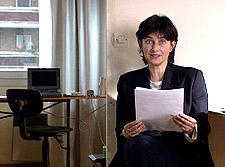 Does one’s integrity ever lie in what he is not able to do? I think that usually it does, for free will does not mean one will, but many wills conflicting in one man [sic]. — Flannery O’Connor

If I have a reputation for being difficult, it’s because I love the everyday and want to present it. In general people go to the movies precisely to escape the everyday. — Chantal Akerman

A yearning for the ordinary as well as the everyday runs through Akerman’s work like a recurring, plaintive refrain. It is a longing that takes many forms: part of it is simply her ambition to make a commercially successful movie; another part is the desire of a self-destructive, somewhat regressive neurotic — Akerman herself in Saute ma ville (1968), La chambre (1972), Je, tu, il, elle (1974), and L’homme à la valise (1983); Delphine Seyrig in Jeanne Dielman, 23 Quai de Commerce, 1080 Bruxelles (1975); Aurore Clement in Les rendez-vous d’Anna (1978); Circé Lethem in Portrait d’une jeune fille de la fin des années 60 à Bruxelles (1993) — to go legit and be like “normal” people.… Read more » 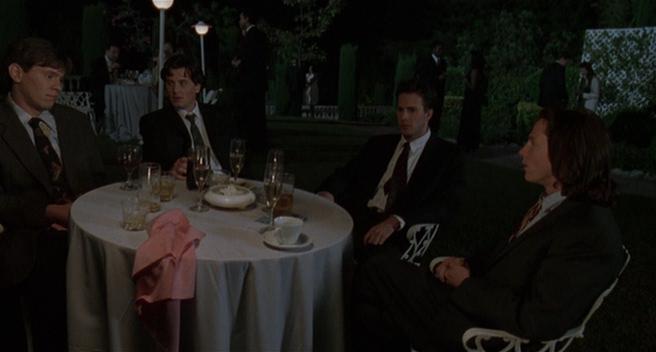 Grover (Josh Hamilton), expecting to live in Brooklyn with his girlfriend, Jane (Olivia d’Abo), is so dumbstruck and angry when she accepts a scholarship to study in Prague that he won’t reply to any of her phone messages, and can only brood over their past in five strategically placed flashbacks, each one heralded by a black-and-white snapshot of her. Otis (Carlos Jacott) finds himself incapable of flying to grad school in Milwaukee, only one time zone away, and reverts to living with his mother. Max (Chris Eigeman), who’d rather label broken glass as such on the floor than sweep it up, finds nothing better to do than chide Otis, do crossword puzzles, and have sex with Miami (Parker Posey), the girlfriend of Skippy (Jason Wiles).… Read more » 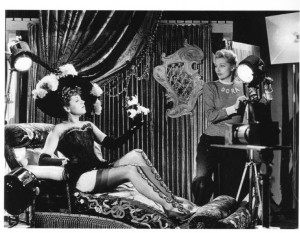 The skillful writer-director Henri-Georges Clouzot is mainly known for his corrosive misanthropy. Yet surprisingly, this accomplished 1947 noir turns that misanthropy precisely on its head without ever resorting to sentimentality or stereotypes. The milieus of a seedy music hall and police station in Paris are delineated with such richness and attentiveness toward the postoccupation climate that when the murder of a licentious film producer brings a police inspector (the great Louis Jouvet) into the music hall, Clouzot is able to reveal a complex and interactive working-class world in which cops and criminals are sometimes difficult to tell apart. The principal epiphanies in this tale emerge from Jouvet’s expressions of kinship with a flirtatious singer (Suzy Delair) and a lesbian photographer (Simone Renant), but there are also memorable portraits of the singer’s mousy pianist husband (Bernard Blier), a music publisher (Henri Arius), and several others. In French with subtitles. 106 min. (JR) 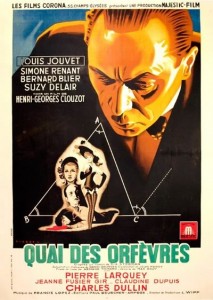 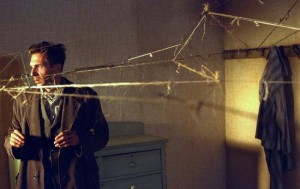 David Cronenberg isn’t credited often enough for his literacy, which anchors him as a filmmaker much as Method acting can anchor some performers: he seems to immerse himself so deeply in the warped visions of certain writers that he re-creates their work whereas most literary filmmakers would simply imitate it. This tour de force, which Patrick McGrath adapted from his own novel under Cronenberg’s supervision, draws us into the consciousness of a schizophrenic (Ralph Fiennes) who’s been incarcerated for most of his life and whose boyhood traumas merge seamlessly with his current existence in an east London halfway house; apparently Cronenberg’s model is not only McGrath but Samuel Beckett in his early novels. The film asks us to piece together what really happened in the past, and even after two viewings I haven’t entirely succeeded, but I was floored by Cronenberg’s mastery of the material. Fiennes gives one of his finest performances; Miranda Richardson, playing at least three characters in the protagonist’s twisted vision, is no less impressive; and Gabriel Byrne, Lynn Redgrave, and John Neville do excellent backup work. A lean and densely packed 98 minutes, this minimalist chamber thriller is at once hallucinatory and terrifyingly real.… Read more »