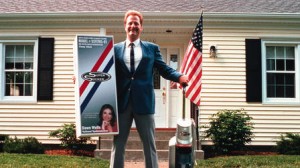 Super Sucker, the second indie comedy feature written and directed by actor Jeff Daniels, is a terrible movie. But that doesn’t prevent it from being interesting and even admirable as a grassroots phenomenon. I haven’t seen its predecessor, Escanaba in da Moonlight (2001) — based on Daniels’s play, which he produced at his own 160-seat theater in Chelsea, Michigan, the Purple Rose (named after the Woody Allen movie The Purple Rose of Cairo, which Daniels has cited as a turning point in his career). The movie version of Escanaba passed through Chicago at some point and received a listing but not a review in this paper. In fact, Escanaba received few reviews anywhere (although the making of the film was the subject of an article in Harper’s in late 2000). The longest notice appeared in the Detroit News, whose Tom Long wrote that the film “is decidedly a Michigan experience, and there are questions as to how it will fly in lands that know nothing of the Mackinac Bridge, pasties, and the Department of Natural Resources.”… Read more »

The Squid And The Whale 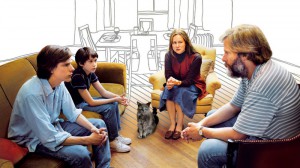 This big step forward by comic writer-director Noah Baumbach (Kicking and Screaming, Mr. Jealousy) is a tragicomic autobiographical account of the breakup of his parents’ marriage. The father (Jeff Daniels) and mother (Laura Linney) are both fiction writers living in Brooklyn, and their determination to remain liberated about sexual matters as they separate and divorce drives their two sons (Jesse Eisenberg and Owen Kline) nuts. The implied critique of progressive, bohemian parenting is devastating — wise and nuanced, with the painful hilarity of truth. With William Baldwin and Anna Paquin. R, 88 min. (JR) 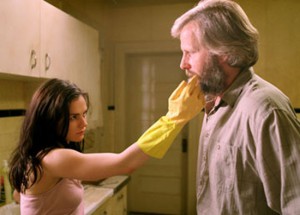 From the July 18, 1995 Chicago Reader. A perfect illustration of how cheerfully enslaved the New York Times was to Harvey Weinstein’s cultural power and hype. — J.R. 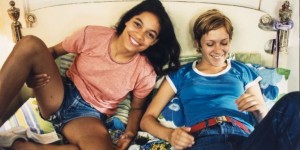 From noted still photographer-turned-director Larry Clark and young screenwriter Harmony Korine, both making their screen debuts, a slightly better than average youth exploitation film (and grim cautionary fable about both AIDS and macho teenage cruelty) that hysterical American puritanism contrived to convert into big news. (The New York Times‘ Janet Maslin called this a wake-up call to the world — meaning, I suppose, that rice paddy workers everywhere, or at least those with phones, should shell out for tickets and stop evading the problems of white Manhattan teenagers.) But if the news is so big, why does it sound like such tired and familiar stuff? And reviewers such as Manohla Dargis who claimed that this depressing movie takes no moral position about what it’s depicting must have been experiencing some form of self-induced shock, because taking moral positions is just about all it does. The photography is striking and the acting and dialogue seem reasonably authentic, if one factors in all the sensationalism, but let’s get real — this was at best the 15th most interesting movie I saw at the 1995 Cannes festival.… Read more »

From the Chicago Reader (July 13, 1990). I wish I could remember now which Reader staffer thought up the brilliant headline; it wasn’t me. — J.R. 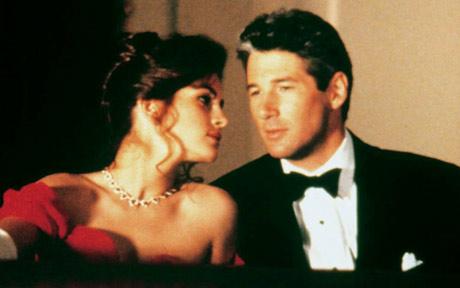 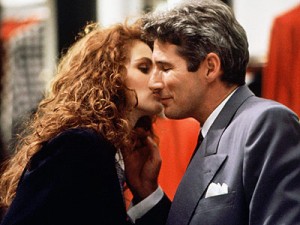 Having missed Pretty Woman when it opened more than three months ago, I figured I would just let it pass, but ultimately curiosity got the better of me. I’m not a big fan of either Richard Gere or Julia Roberts, but finally I had to see for myself how a movie that seemed to celebrate prostitution (at the same time it trashes prostitutes) — brought to us by the Disney studio, the same people responsible for such squeaky-clean family entertainments as Dick Tracy and the rerelease of The Jungle Book — could become one of the biggest hits of the year.

Now that I’ve seen it, I still think Pretty Woman celebrates prostitution while trashing real-life prostitutes, but not in the way that I originally imagined, and not in a way that is readily apparent. In fact the film manages to espouse prostitution while cleverly concealing the fact that it is doing so.… Read more »