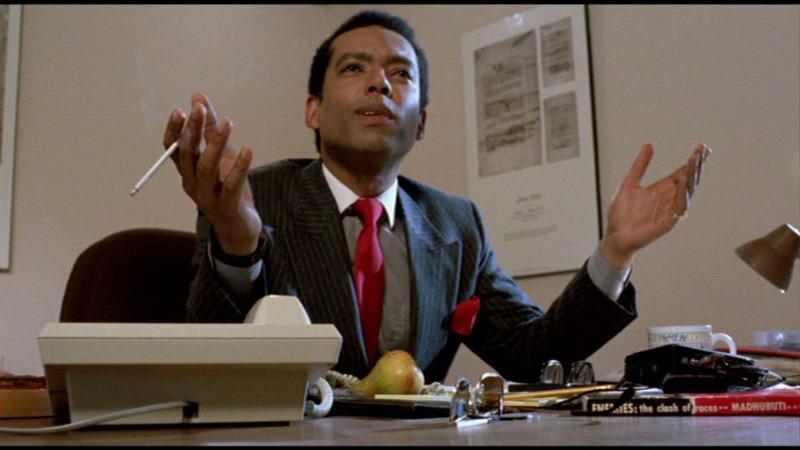 This highly original existential black comedy (1991) charts the real-life exploits of William Douglas Street (played with a great deal of charisma and wit by writer-director Wendell B. Harris Jr.), a Detroit con man. From the late 70s to the mid-80s Street carried off a number of impersonations, presenting himself as a Time magazine reporter, a surgery intern (he performed 23 successful operations), a Caribbean exchange student at Yale, and a civil rights attorney; various other scams landed him in prison. Without wasting any time on facile psychologizing, Harris uses his subject as a means to explore the paradoxes of acting (some of Street’s real-life victims play themselves) and the invisibility of blacks in the U.S.; Street is also the source of some very funny comedy. In all, this disturbing yet compelling rogue’s progress calls to mind an 18th-century picaresque novel. Harris’s eclectic directorial style doesn’t always sustain itself, but it’s brimming with inventive ideas. R, 94 min. (JR)