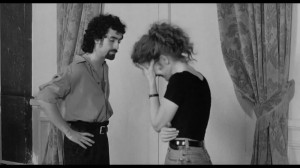 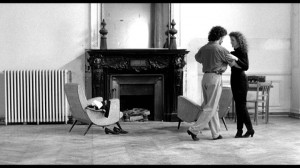 If James Cameron (Titanic) is entitled to risk making a fool of himself, why not Sally Potter? The writer-director of the wonderful if much-reviled The Gold Diggers (her first black-and-white musical) and the mediocre if much-praised Orlando plays herself in this second black-and-white musical, a wistful pipe dream set in Paris, London, and Buenos Aires, about learning the tango from a master (Pablo Veron, also playing himself). She’s always dreamed of being a dancer, he’s always dreamed of being in a film, and the main problem between them in this joint enterprise is who gets to lead — a metaphorical premise that?s milked for everything it’s worth, and then some. Meanwhile Potter is seen writing a script for what appears (in color snatches) to be a god-awful film combining the worst elements of her first two features, and there’s some enigmatic material about both characters supposedly being Jewish. The film’s division into 12 “lessons” might at times seem a little arch, but when Potter and Veron are dancing — which is at least half the time — the movie becomes rapturous and joyful, so who cares if she’s being presumptuous? I don?t know whether this is autobiographical or made-up, and I don’t care; Robby Müller’s luscious cinematography, Veron’s remarkable dancing, and — dare I say it? — Potter’s filmmaking, for all its ups and downs, wind up carrying the day. Potter also helped compose the music and sings a song at the end. 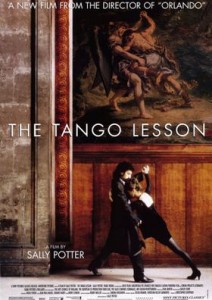