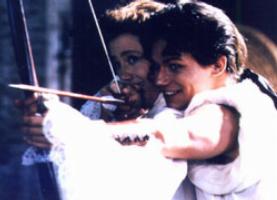 Clare Peploe’s mainly traditional adaptation of Pierre Marivaux’s 18th-century gender-bending romantic comedy has many of the virtues one would expect from the woman who made the highly entertaining High Season and Rough Magic. But despite the wonderful conclusion, when the film turns into a musical performed before a live audience, as well as the pleasures of the cast and the screenplay — which Peploe, working from an English translation by Martin Crimp, wrote in collaboration with her husband, Bernardo Bertolucci, who’s the movie’s producer, and screenwriter Marilyn Goldin — I was periodically put off by a certain self-consciousness of delivery. Mira Sorvino stars as a princess who, along with her lady-in-waiting (Rachael Stirling), dresses in drag in order to get close enough to the crown’s true heir (Jay Rodan) to offer him the throne that is rightfully his. Others in the cast include Ben Kingsley and Fiona Shaw. PG-13, 107 min. (JR) 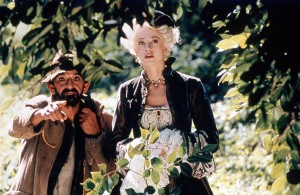