Lost In Their Parts [THE ANNIVERSARY PARTY] 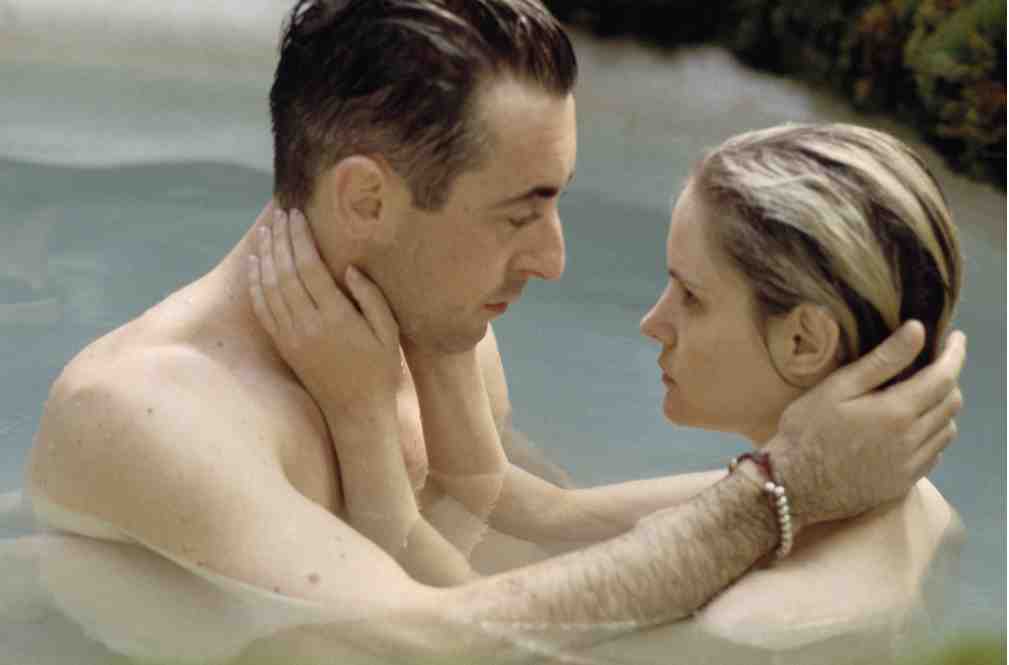 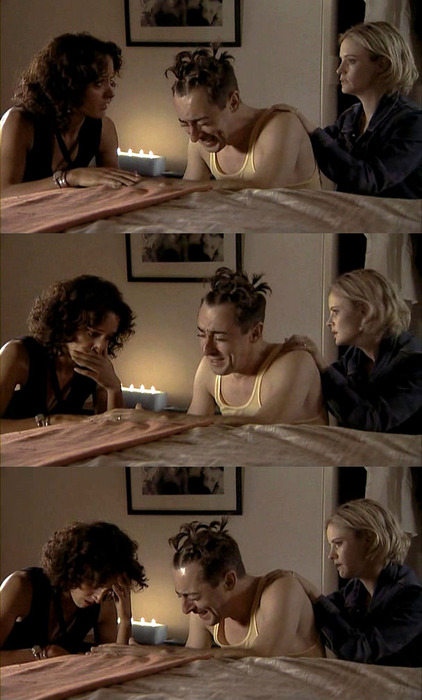 Not that acting is the only quintessential thing on view here. The dramatic device of a story unfolding over a single night — with revelations of character and various crises coming to the fore in the wee hours — carries its own highly familiar baggage, with Long Day’s Journey Into Night the pinnacle of the form and Who’s Afraid of Virginia Woolf? a more typical (if better than average) example of how contrived it can seem. The apparent catalyst in The Anniversary Party is some ecstasy brought as an anniversary gift and dispensed to the guests, though whether this acts as a truth serum in every case is far from clear; in some cases it may only increase the uncertainty. Indeed, to its credit the movie provides only a nominal and temporary sense of closure at the end, occasioned by an external event rather than any great epiphany. One gets the feeling that after another hour or day or week, as the kaleidoscope shifts again, these characters will have more surprises in store for us, and for themselves in the bargain. That’s what, in addition to their skills, makes actors interesting –as with an onion, peeling away the layers doesn’t yield any center, just more layers.

Each of the main characters embodies this conundrum in a slightly different fashion. Joe, himself a novelist, has adapted one of his books into a screenplay that he’s set to direct, though he doesn’t particularly care about movies. Sally is a film actress, and the female lead in Joe’s movie is based on her ten years before, but instead of Sally, he’s cast a rising star in her 20s named Skye (Paltrow), which makes Sally’s blood boil. Joe is bisexual, and he and Sally have been separated for a year, but they’ve recently decided to get back together and have a child, and Sally, who’s currently shooting a comedy, has been driving her director (Reilly) and costar (Kline) batty with her glum, tragic performance. The contradictions continue well beyond these two main characters, but there’s no formula implying that the first thing we learn about a person is false or that the revelation to follow is necessarily the truth. 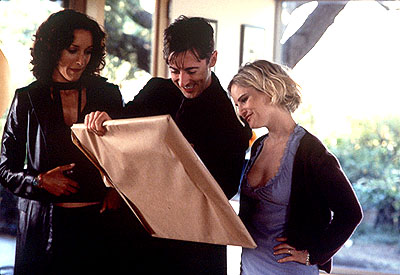 Are we to believe, as some critics have ungallantly maintained, that Joe is simply a “fag” trying to prove he’s straight? That might seem inevitable if one subscribed to the O’Neill or Albee model, whereby the “truth” lies quivering somewhere behind a facade that the conflict strips away. Joe has at least two former lovers at the party, one male and one female; the model might dictate that the female lover, like Sally, represent the “lie” and the male lover represent the “truth.” Joe also has a beloved sister he’s been avoiding, which might be read as Freudian shorthand that he’s denying his feminine self. (The fact that Cumming played a gay hotel clerk in Eyes Wide Shut might further reinforce this stereotype.)

But maybe the riddles of personality are more imponderable than most movies and plays pretend, and maybe treating all the characters as if they were actors can help us to tease out these vexing truths. The intriguing thesis of Orson Welles — that all writers are actors in one way or another — seems especially pertinent in a feature written, directed, and acted by the same two people. (For Welles, Charles Dickens “was an actor — and he was not a writer who acted, he was an actor who wrote. I believe it was his real vocation.”)

If the characters in The Anniversary Party are being true to themselves, not to some dramaturgical formula, who’s to say that Joe isn’t a straight man who once tried to prove he was bent? Or a bent straight writer trying to prove he’s a hetero queer director (perhaps the likeliest hypothesis of all)? After all, if writing, directing, and acting have become interdependent activities for Cumming, having him play a writer-director may be tantamount to having him play an actor — and the ambiguity posed by his character’s bisexuality seems distinctly related. No less ambiguous are Sally’s motivations, romantic or professional, whether she’s “scripting” or “directing” her own life. In one of the film’s best scenes, she and her best friend, Sophia (Cates), lie on the floor in a stoned stupor, trying to sort these feelings out — without much success.

Like most independent features nowadays, The Anniversary Party was shot on digital video (in this case by a well-known cinematographer, John Bailey). DV clearly made the project much easier to shoot, but it also makes the film look rougher and cheaper. Because it derives its style from documenting what actors do — the action takes place in and around a glass house, designed by Richard Neutra, and a pool, an archetypal Hollywood setting that puts everyone on display — this isn’t a movie where the mise en scene can easily be separated from the plot. The best thing that one can say about The Anniversary Party is that it raises more questions about its central characters than it can possibly answer — which may weaken it as a drama but not as a search for truth. 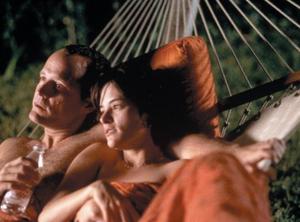