This was written in September 2010 to introduce the Czech translation and edition of my book about Dead Man (BFI, 2000). — J.R. 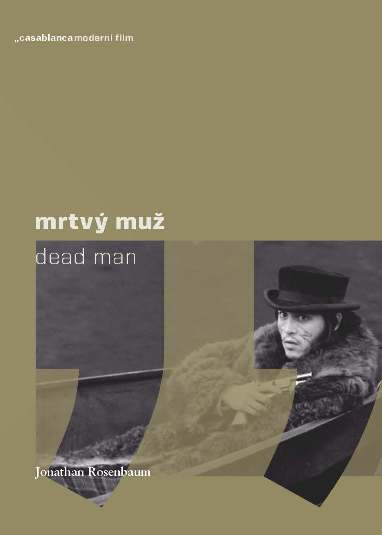 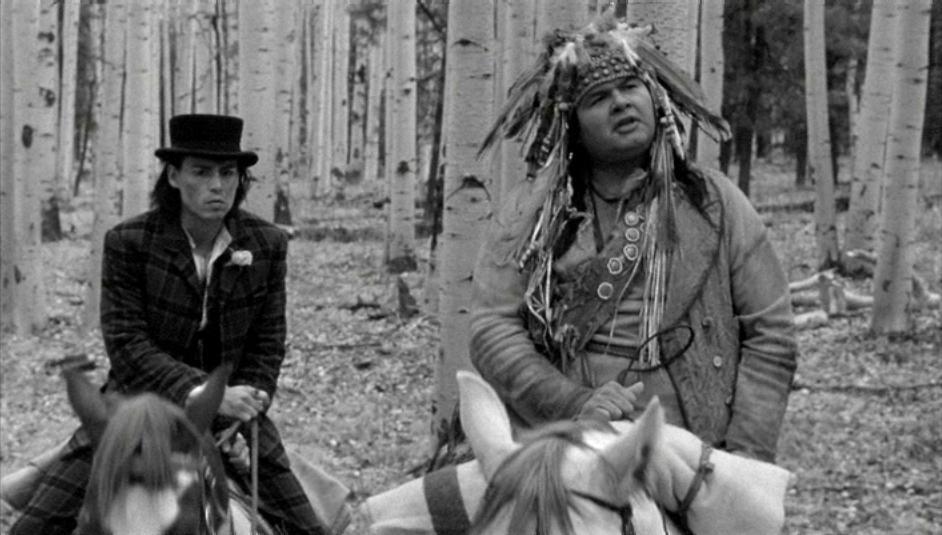 During the fifteen years that have passed since Jim Jarmusch’s sixth and most ambitious feature premiered in Cannes, it’s been gratifying to see its critical reputation steadily rising, especially in the U. S.And during the last two-thirds of this period, after this book made its first appearance, I’ve been pleased to see its constituency growing. It has subsequently had a second edition in English, which appeared in 2008, and a French translation, by Justine Malle, published by Les Éditions de la Transparence in 2005. Now that it’s coming out in a Czech edition, it’s worth mentioning (but not dwelling too much on) the fact thatJarmusch’s paternal grandparents were Bohemian, although they never spoke any Czech in his presence. (He also told me, with some hesitation, that his mother’s parents may have been Irish; he isn’t even sure about this.) I was in Cannes in 1995, and the several walkouts during the picture that I witnessed were hardly unprecedented, especially for a demanding film of this kind at this festival. But for many years afterwards, the film qualified as a film maudit, and not only because its own American distributor, Miramax, appeared to want it to fail, after it became clear that Jarmusch had no intentions of following any of its suggestions for re-editing (specifically, those of Harvey Weinstein) — an attitude in striking contrast to that of Weinstein protégé Quentin Tarantino, misleadingly identified as an independent filmmaker, who seemed quite happy to forego final cut in exchange for getting Weinstein’s unlimited support. 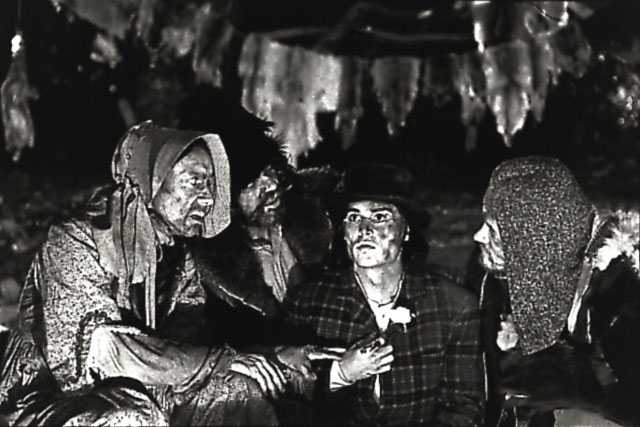 But Dead Man had still other strikes against it to block its reception in the mainstream, especially undeclared ideological ones. If memory serves, it was the first Jarmusch feature (apart from Permanent Vacation, which never had any proper American release) not to be reviewed in The New Yorker — one indication among others that the country’s most influential tastemakers were basically baffled by it — or, if not always baffled, so unhinged by its implicit critique of white America that it was easier simply to pretend that the film didn’t exist than try to cope with it. The very fact that it was political at all, at least to a degree unprecedented for Jarmusch, already posed a problem, although it wasn’t a problem that was expressed or addressed in political terms. (This is a longstanding American tradition when it comes to responding to aggressive political critiques in the mainstream — a refusal to perceive or process the work’s politics, a fate that had already been encountered even more starkly by Elaine May’s devastating and prescient 1987 comedy about American stupidity and show-biz politics in the Middle East, Ishtar, a film that to this day is labeled an abject failure in the U.S. with no political content at all, even by alleged leftists.) 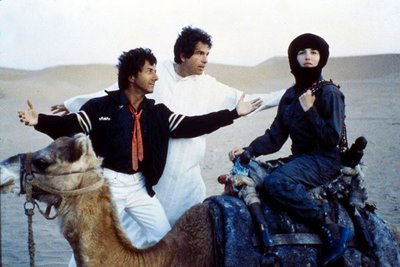 But maybe it would be more accurate to say that it took some time for Dead Man and what it was saying and doing to sink in. Today, while it still hasn’t made back its budget — as Jarmusch himself explains to me in the book, it is far and away his most costly film, mainly, it appears, due to the expenses incurred by a desire to be historically accurate—he reports that it’s still the film of his that gets mentioned to him the most often, and it keeps getting re-licensed.His biggest commercial successes to date have been Broken Flowers, especially in the U.S., and Down by Law, but it seems pretty safe to say that Dead Man remains the most respected of his films in most parts of the world. 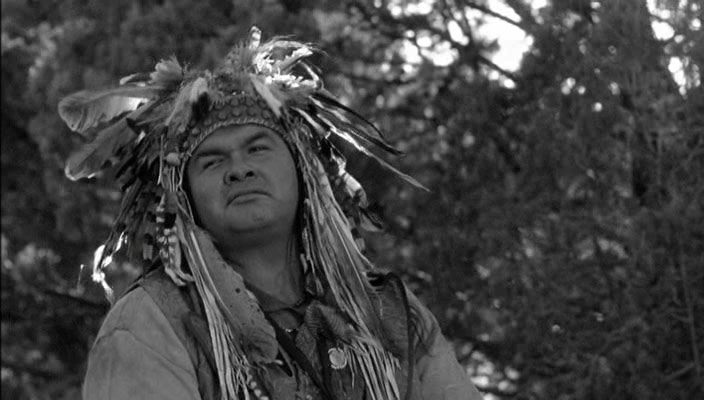 When I presented it at a special screening in Zagreb in July 2007 — after being asked to get the Croatian audience to discuss it afterwards, with the warning that they never liked to talk about films after screenings — I asked them to consider whether they viewed it only or mainly as a film about America or also as a film about Croatia. As I recall, they turned out to be somewhat divided on this subject. To ask the same question to Czech readers, who belong to another recently subdivided country, may result in similar ambivalences and ambiguities: Croatia, the Czech Republic, and the United States today all might be described as countries that have suffered painful subdivisions. But in any case, I think most people nowadays grow up with many of the same movie myths about the American West, wherever they happen to live, and almost all of them will necessarily feel excluded from appreciating the untranslated Native American dialogue — which is as it should be, considering how much else Native American viewers are made to feel excluded from. But everyone, I think, in the U.S. and elsewhere, will be able to appreciate Jarmusch’s abiding sense of mystery and poetry about the specter of death. 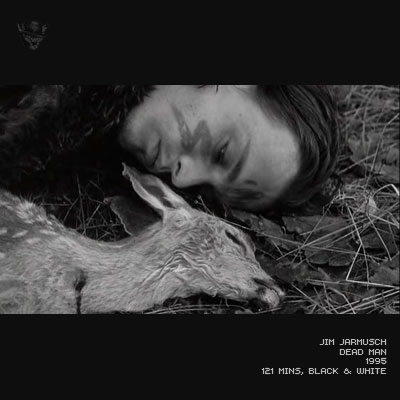