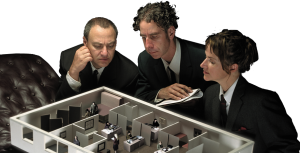 Absorbing and instructive, this 2003 Canadian documentary tackles no less a subject than the geopolitical impact of the corporation, forcing us to reexamine an institution that may regulate our lives more than any other. Directors Mark Achbar (Manufacturing Consent) and Jennifer Abbott and writer Joel Bakan cogently summarize the history of the chartered corporation, showing how it accumulated the legal privileges of a person even as it shed the responsibilities. This conceit allows the filmmakers to catalog all manner of corporate malfeasance as they argue, wittily and persuasively, that corporations are clinically psychotic. The talking heads include not only political commentators like Noam Chomsky, Milton Friedman, Naomi Klein, Michael Moore, and Howard Zinn, but CEOs such as Ray Anderson, Sam Gibara, Robert Keyes, Jonathon Ressler, and Clay Timon, whose insights vary enormously. This runs 145 minutes, but it’s so packed with ideas I wasn’t bored for a second. (JR) 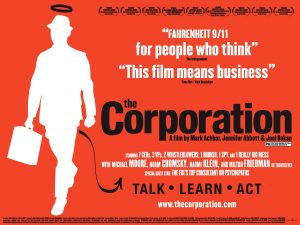