WR: Mysteries Of The Organism 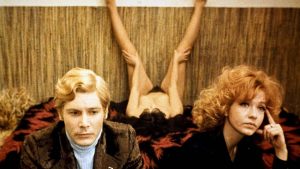 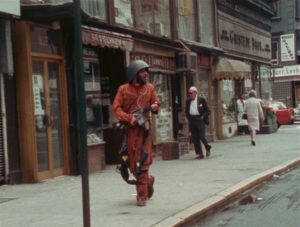 We may forget that the most radical rethinking of Marx and Freud found in European cinema of the late 60s and early 70s came from the east rather than the west. Indeed, it’s hard to think of a headier mix of fiction and nonfiction, or sex and politics, than this brilliant 1971 Yugoslav feature by Dusan Makavejev, which juxtaposes a bold Serbian narrative shot in 35-millimeter with funky New York street theater and documentary shot in 16. The WR is controversial sexual theorist Wilhelm Reich and the mysteries involve Joseph Stalin as an erotic figure in propaganda movies, Tuli Kupferberg of the Fugs killing for peace as he runs around New York City with a phony gun, and drag queen Jackie Curtis and plaster caster Nancy Godfrey pursuing their own versions of sexual freedom. In English and subtitled Serbo-Croatian. NC-17, 85 min. (JR) 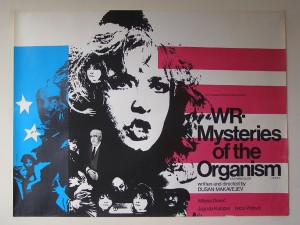