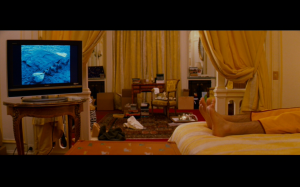 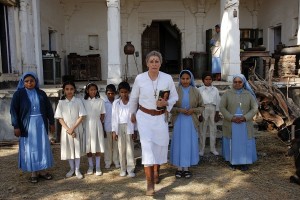 In its story line, this wacky tale from Wes Anderson (Rushmore, The Royal Tenenbaums) about estranged wealthy brothers (Owen Wilson, Adrien Brody, cowriter Jason Schwartzman) reunited for a strained spiritual journey through India is pretty unconvincing as character development. Every bit as precious as Anderson’s preceding features, it differs this time from late Salinger only in the way that these spoiled neurotics are implicitly ridiculed as both ugly Americans in the third world and spiritual poseurs — unlike their more committed mother (Anjelica Huston). What this movie has going for itself in spite of its cloying pleas for indulgence is a playful and interesting narrative structure that precludes much development and comes to the fore only toward the end. The whole thing may drive you batty, but as with Rushmore, the melancholy aftertaste lingers. With Amara Karan and Bill Murray. R, 91 min. a Century 12 and CineArts 6, Renaissance Place. — Jonathan Rosenbaum