Written in response to the following invitation from Diego Moldes Gonzalez (whom I’ve never met) in Madrid: “What is the definition of ‘culture’ for you? How is the culture of the 21st century similar and different from the culture of the 20th century?” This was revised slightly on November 22. — J.R.

As a beneficiary of both Internet culture and the imperial culture of the United States (which becomes imperial whenever it vainly calls itself American culture, which is often, thus implicitly appearing to enfold much of North America and all of South and Central America as secondary satellites), I continue to be subject to the market-driven capitalist culture that strives to pick the pocket of my unconscious and thereby invisibly steer my purchases (or, more precisely, the events that constitute my being purchased), defined as my existential identity. Thus, because I’m defined as an anti-Trumpian, the media fills me with anti-Trump rather than the desired absence or disappearance of Trump. In other words, Trumpians and anti-Trumpians get served two alternate versions of the same exclusive diet of Trump and daily coronavirus casualty figures, popularly known as the daily news, and choosing between these two unvarying diets is being deceptively labeled a form of democratic choice and a representative form of “American culture”.… Read more » 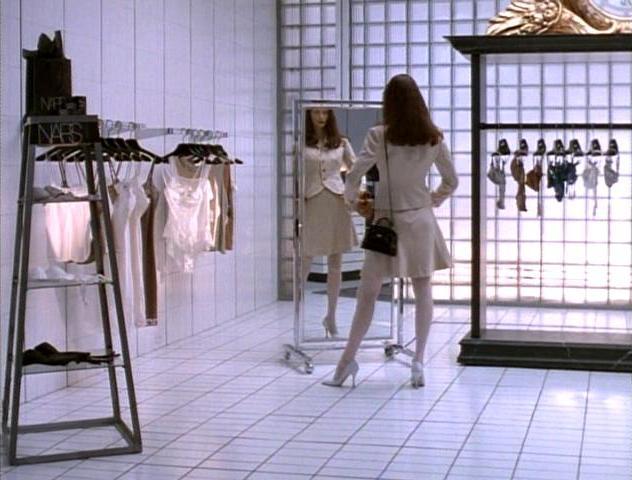 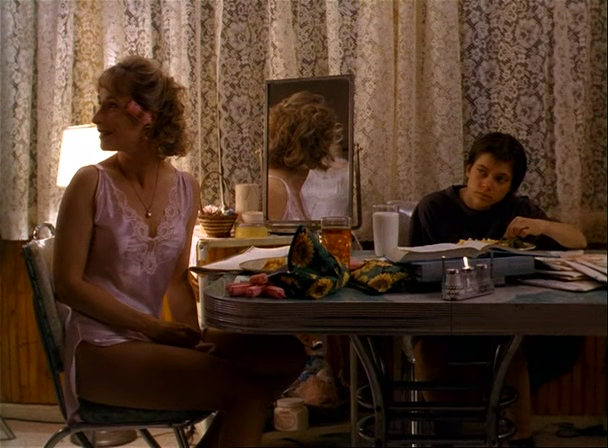 XD: Jonathan, you and I are both cinephiles. Much of our conversation over the years has been about our favorite films and directors, and we nudge each other to watch or re-watch new releases and rediscovered classics. Now that we’re co-editing this special issue on comedy, I wonder, what are some of the most amusing moments for you in the Chinese-language films that you’ve seen? I ask about these cinephiliac moments because when a comic scene works, it tends to be highly memorable. And often what we find amusing can tell us a lot about the film as a whole: how it plays with comic conventions, how it addresses its audience, how it ages over time.

JR: I was especially amused by the point-of-view shots from inside an ATM in Peter Chan’s 1996 Comrades: Almost a Love Story (a particular favorite of mine), because of the whole idea of what we look like from the vantage point of our money – or, more specifically, what Maggie Cheung and Leon Lai, both mainlanders who meet one another in Hong Kong and try to “make it” there, look like to the ups and downs of their cash balances that epitomize much of their struggle.… Read more »

From Time Out (London), October 1, 1976. As I point out in my first collection, Placing Movies (1995),  my flip comparison of moviegoing and sex in the latter part of this article led Robin Wood in the Times Educational Supplement (22 October 1976) to virtually link me with the downfall of Western civilization: “The implicit trivialization of art and life is the ultimate stage in our alienation.” This was some time before he declared Celine and Julie Go Boating a masterpiece on his own terms, bringing in a feminist perspective that my own appreciation sorely lacked.–- J.R. 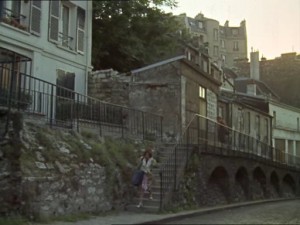 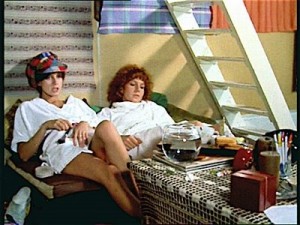 I’ve said it before and I’ll say it again: Jacques Rivette is the most important director working in the narrative cinema today. And Celine and Julie Go Boating, while it may not be his most important achievement, is by commonconsent the most enjoyable and accessible of all his movies to date It is also the first of his films to open commercially in England In over a decade. The two movies he has made since, Duelle and Noroît, will both be shown at this year’s London Film Festival — along with Sérail, the first feature by Eduardo de Gregorio, Rivette’s scriptwriter.

Considering the fact that all of Rivette’s most exciting and innovatory work has been made over the past ten years, one might well ask why it has taken so long for any of this work to be released here.… Read more »