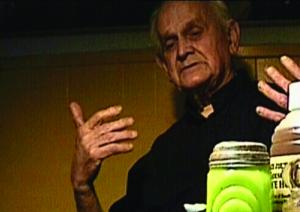 Directed and written by Chris Petit 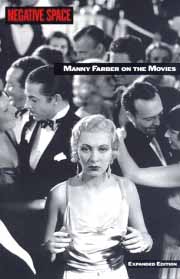 There aren’t many films or videos about film criticism, especially ones that perform the actual work of film criticism. An interesting and ambitious exception is Chris Petit’s Negative Space (1999), an experimental 39-minute video made for BBC TV that’s being shown for free by Chicago Filmmakers at the Chicago Cultural Center this Friday, along with Petit’s The Falconer (1998). Named after the only book by film critic, painter, and teacher Manny Farber — a 1971 collection reprinted in an expanded edition in 1998 — Petit’s video wrestles with American landscape and culture, irony, memory, Las Vegas, the beginning of a new millennium, death, desert, film versus video, J.M.W. Turner’s painting, several movies (including Howard Hawks’s The Big Sleep, Jacques Tourneur’s Out of the Past, and Roberto Rossellini’s Voyage to Italy), as well as two critics, Farber and Dave Hickey. Petit also looks at Farber as a painter and an art critic and Hickey as an art critic, a resident of Las Vegas, an appreciator of Farber, and a commentator on American culture.… Read more »

Like my essay on Dreyer’s Day of Wrath, this essay was written for an Australian DVD, which came out in 2008  on the Madman label. (One can order these and many other DVDs, incidentally, from Madman’s site.) My thanks to Alexander Strang for giving me permission to reprint this. (It’s also reprinted in my most recent collection, Goodbye Cinema, Hello Cinephilia.  —J.R.

Ordet (The Word, 1955) was the first film by Carl Dreyer I ever saw. And the first time I saw it, at age 18, it infuriated me, possibly more than any other film has, before or since. Be forewarned that spoilers are forthcoming if you want to know why.

The setting and circumstances were unusual. I saw a 16-millimeter print at a radical, integrated, co-ed camp for activists in Monteagle, Tennessee — partially staffed by Freedom Riders, during the late summer of 1961, when we were all singing “We Shall Overcome” repeatedly every day. So the fact that Ordet has a lot to do with what looked like a primitive form of Christianity — combined with the particular inflections brought by the black church to the Civil Rights Movement, including one of its appropriated hymns — had a great deal to do with my rage.… Read more »

2. BOTTLED SONGS: MY CRUSH WAS A SUPERSTAR (Chloé Galibert-Laîné)

10. WOMEN ACCORDING TO MEN (Saeed Nouri)

Comment: The meditative and solitary aspects of film watching have  increased during the pandemic, when many of us are exiled to our laptops, but fortunately, online platforms for post-screening discussions have grown as well. … Read more »