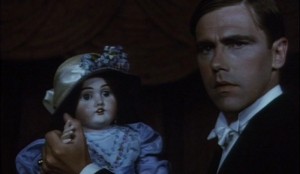 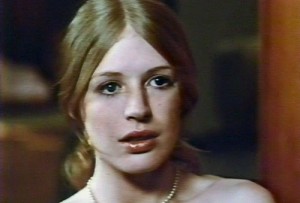 McFayden, are summoned by the latter to a country house

supposedly belonging to a friend of his father for a weekend

of grouse hunting. Ragged and isolated by the other two for

his callow enthusiasm, Talbot is puzzled to find a warm

teacup and an odd-looking doll in his bedroom. In the

morning, he witnesses a scene in the parlor enacted by

his sister Sophy over to Dr. Borden’s insane asylum, despite

the protests of her maid. At first Talbot assumes this to be

an elaborate practical joke, but after seeing people who

resemble these characters in the village pub and

dreaming or half-dreaming further episodes — in which

the doll leads him to Borden’s asylum -– he becomes

increasingly obsessed with the intrigue. Meanwhile

Duller, who has come to the house to seek ghosts with

‘scientific’ equipment, is disgruntled when all his

experiments fail and he insists on leaving. McFayden

confesses to Talbot that he has recently inherited the

house and invited him and Duller there to ‘test’ it

for ghosts, mentioning a cousin of his father’s who

went mad there. That night, Talbot sees or dreams

the inmates breaking loose in the asylum and

home, but a rainstorm causes them to postpone the

trip until the next day. On the verge of leaving, Talbot

runs back into the house for his toilet articles and sees

Sophy enter to stab her brother to death while kissing

him, after which the doll strangles Talbot to death.

Unable to find Talbot, McFayden drives away from the

mansion in fright, apparently safe; but in the back seat,

a suitcase snaps open and the doll’s hand emerges . . . 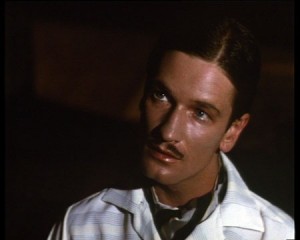 Ultimately adding up to a rather neat and engaging horror tale,

humor of Talbot colliding with the more snobbish university

sensibilities of Duller and McFayden over such matters as the

preparation of jam sandwiches is groaningly familiar and

overextended drawing-room stuff, made less palatable by the

overplaying of Larry Dann (who gets much better as the film

progresses) and the oily Dracula-like affectations of Murray

Melvin, which comprise an equally illusory red herring about

where the movie seems to be headed. But once the lengthy

‘ghost’ flashbacks get under way and the intrigue divides into

bateau without the formal doubling, with Talbot figuring

strangely and effectively as an unseen witness of the various

own. Very capably shot in a section of India (Ooty, in the Nilgiri

Hills of Tamil Nadu State) that perfectly apes the English

tremors once character generally gives way to plot and the skills

of the art director (Peter Young) and cameraman (Peter Hurst)

are permitted to take the foreground, as in the imaginatively lit

night scenes at the asylum. The omnipresent doll bandied about

in the house is an occasionally dubious conceit, as it is seen (1)

pulling back Talbot’s bedcovers, (2) turning into a little girl,

him to death — if only because the special effects delineating all

closing twist. Otherwise, a graceful use of period detail and

toilets which seems to match the décor in Welles’ The Trial)

help to make Ghost Story a competent foray into supernatural

territory, with lyrical intimations of an irredeemable past of

incest and madness. If only this lyricism were more substantially

linked up with the elaborate machinery that sets the story going,

Stephen Weeks might have wound up with a minor classic on 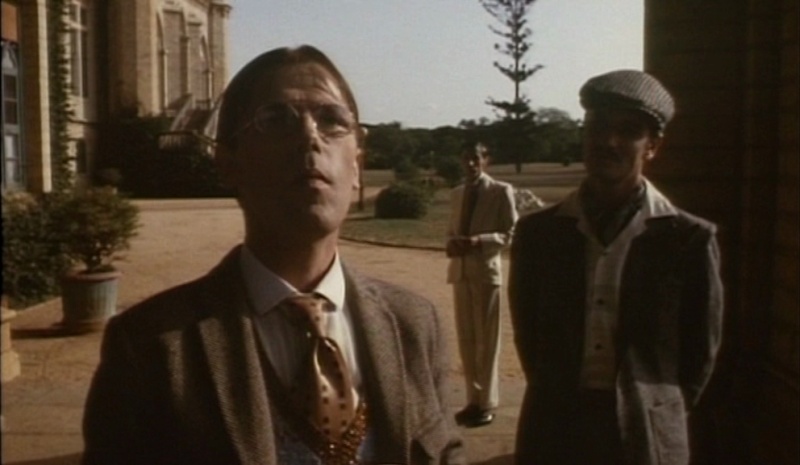