Here’s a short piece of mine written for a glossy film magazine, On Film, that never survived past its first issue. It was prompted largely by a negative review of this film by the late Stuart Byron that appeared in the Village Voice after the film showed at the New York Film Festival in September 1970 — a review claiming, as I recall, that the film was a slavish, simplistic, and reductive imitation of Bresson. The fact that Byron was also my (putative) editor at On Film probably didn’t help to speed things along. 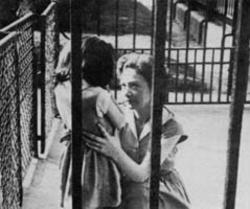 In the frantic setting of a film festival, with an audience and press too eager to call “hit” or “miss” at the drop of a curtain, there is little chance of a masterpiece like Une Simple Histoire receiving the kind of attention it deserves. Although Marcel Hanoun’s first film was made over a decade ago, it is much too individual a work to have gone through any significant aging process; one suspects that it will continue to be as new and as unassimilated by other films ten years from now.

In broad terms, Une Simple Histoire can be described as a Bressonian analysis of an Italian neorealist subject, although each of these adjectives can be applied only to a limited degree. Indeed, the film’s moment-to-moment texture seems so much a matter of style and subject creating one another that any such division is bound to be somewhat reductive, however useful it may be to a generalized description. Subject: A woman arrives in Paris with her young daughter and traverses the city in search of work, moving from one cheap hotel to another while her small supply of francs dwindles. When the money runs out, she and her daughter spend the night in an empty lot; in the morning a woman in a nearby apartment house sees them from her window and offers to take them in. Treatment: (1) The story begins near the end of its chronological sequence, when the woman in the apartment house catches sight of the mother and daughter; the major part of the story is contained in an open-ended flashback — one which never returns to its point of departure — and the film ends with the night in the empty lot. (2) The story is related jointly by the sounds and images of the mother and child in their daily actions and encounters, and by a voiceover narration spoken by the mother in the past tense. 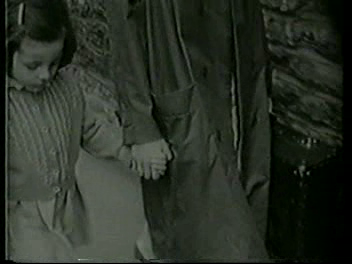 By linking the present tense of the filmed events with the past tense of the narration, Hanoun encourages us to focus on the various ways in which these two narrative lines complement, echo, or contradict one another. The fact that these two lines frequently coincide — with the narration “doubling” the dialogue or (more often) echoing or anticipating it at short intervals — is central to the film’s dynamics; ; moments of unusual power occur when this norm is sharply deviated from. The spoken commentary restricts itself chiefly to a neutral recording of facts (such as the amount of the remaining francs); the virtue of this reticence is to give the rare personal comments and observations a weight and unsentimentalized intensity they would not otherwise have. 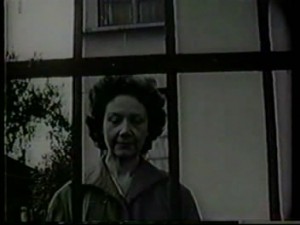 At the end of a frustrating day, harrowed by insomnia, the woman looks around her hotel room until she finds a “photo-novel” [photoroman] magazine, which she describes on the soundtrack: “All the people in it were beautiful; they drove sports cars, didn’t work, and drank whisky all day long.” The intensity of this moment derives not only from the contrast between her situation and the world she describes in the magazine, but also from the unexpected personal quality of her narration; given the pervading tone of the film, we expect a flat description like “I sat on the bed and read a magazine” rather than an interpretation of its contents. In fact, the disjunction of the narration at this point virtually creates two images in one shot — an image of a woman sitting on a bed reading a magazine, and an image of what she is reading; it’s as if the words were composing another, simultaneous image. The pathos of the woman’s situation is often heightened by the shifting tensions between two versions of the same events, each of which is “true”. The extreme alienation that she feels from her surroundings — even, at times, from her duaghter — is conveyed directly by this division of narrative lines. 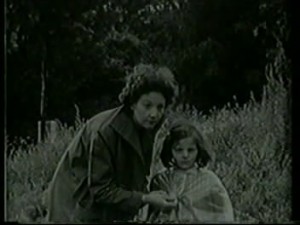 Such a brief discussion can hardly do justice to the excitements and revelations contained in the film’s sixty minutes: the bold departures from the conventional cutting continuity (for example, a shot of the woman crossing a street from left to right, followed by a shot of them crossing a nearly identical street from right to left, without any apparent break in time), which are played against the narrative continuity provided by the woman’s voice; the subtle shifts and gradations of lighting from shot to shot, which play a part in establishing the film’s rhythm; the extraordinary performance of Micheline Bezancon as the mother. For the moment, it is enough to say that Une Simple Histoire creates a new kind of filmic reality, a fugue-like narrative form which infuses a simple story with unnatural beauty and power. 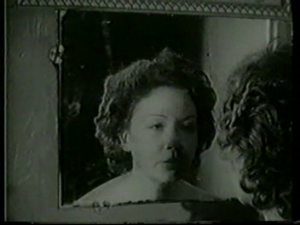