Henry: Portrait Of A Serial Killer 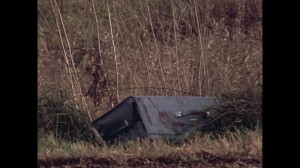 This gory slasher movie was made in Chicago in 1986 but held in limbo until 1989 because of its disturbing content. Very capably acted (by Michael Rooker, Tracy Arnold, and Tom Towles), written (by Richard Fire and John McNaughton), and directed (by McNaughton), this, like every other slasher movie, has its roots in Psycho. The tensions developed here are more behavioral and psychological than those essayed by Hitchcock, though the insights into the personality of a compulsive killer are at best partial and perfunctory. What mainly registers is the nihilism of the warped ex-con (Rooker) and his dim-witted friend and accomplice (Towles), who joins him in a string of senseless murders, which the film makes chillingly believable. Certainly not for everyone, but if slasher movies are your cup of tea this is a lot better than most, and the use of Chicago locations is especially effective. 90 min. (JR)