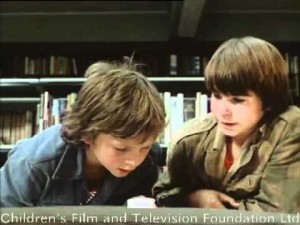 Battle of Billy’s Pond, The 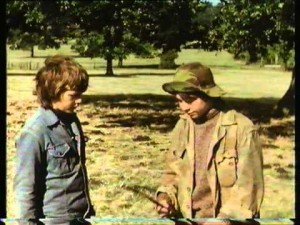 Finding a dead fish in a pond where he frequently goes fishing, Billy Bateson takes it home, where his cat makes off with it and becomes ill. Informed by a vet that the cat’s illness was caused by chemicals, Billy investigates the pond further with his friend Gobby, discovers more dead fish and eventually learns the cause: industrial waste is being emptied into an underground stream, originating from an abandoned quarry, which feeds the pond. After secretly witnessing two lorry drivers in the quarry and then seeing green fluid enter the pond, the boys report their findings to the police and learn from Billy’s father about “Breeze”, a detergent manufactured at Con-Chem nearby. Getting into the factory by subterfuge, they videotape the tanker drivers with Gobby’s father’s camera and sneak out to the quarry that night to trap them in the act, rigging up speakers and lights and then letting air out of the tanker’s tires.… Read more » 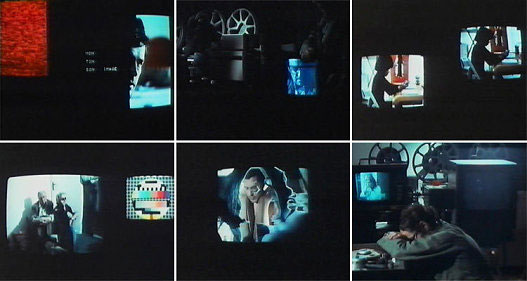 If Numéro Deux is the most important film of Jean-Luc Godard in nearly a decade — specifically, since 2 ou 3 Choses que je sais d’elle -– one should explain at the outset what gives these films privileged places within his oeuvre. Focusing in 35mm and wide screen on a fictional working-class family, both are essentially bound up in issues of representation, and neither allies itself to any organized political faction or has any links with the Dziga-Vertov Group and/or Jean-Pierre Gorin. The point of this distinction is that Godard’s pre-eminence has always stemmed directly from his grasp of the problems of representation — a line of inquiry leading from the jump-cuts of Breathless to the fragmented double-images of Numéro Deux -– and that his political commitments have always been inscribed within this concern; it is highly debatable whether he has contributed anything of value to political thought apart from this context. Yet broadly speaking, the increasing emphasis in his work after 2 ou 3 Choses — in La Chinoise,Weekend, 1 + 1, Le Gai Savoir and all the subsequent ventures — has until now been more on the ‘signified’ (subject) and less on the ‘signifier’ (manner of representation), away from investigation and towards didacticism.… Read more »