From American Film (July-August 1979). Incidentally, Criterion’s recent Blu-Ray of Ugetsu is ravishing, regardless of what Burch says (or, rather, doesn’t say).– J.R. 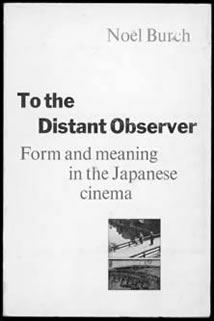 To the Distant Observer: Form and Meaning in the Japanese Cinema by Noël Burch. Revised and edited by Annette Michelson. University of California Press, $19.50. 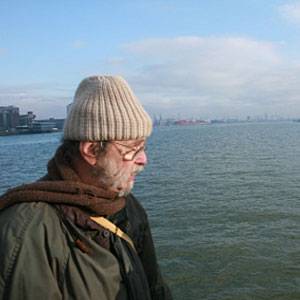 The most ambitious and detailed study of Japanese cinema since Joseph L. Anderson and Donald Richie’s pioneering history appeared twenty years ago, Noël Burch’s To the Distant Observer adopts an overall approach that is radically different from that of its predecessor. Modernist and materialist in orientation where other critics have been realist and transcendental, Burch argues for a nearly total revision of the way we perceive Japanese film  — proposing a new set of criteria as well as an alternate canon of masterpieces.

To call his book controversial would almost be an understatement. Copies of a draft were circulated among a few film scholars in London more than four years ago, sparking a heated debate that has raged ever since. For Burch is arguing that “the most fruitful, original period” the Japanese film history coincided with the years between 1934 and 1943, when the Japanese people embraced “a national ideology akin to European fascism”.  … Read more »