THE GOLD DIGGERS: A Preview

This originally appeared in the twelfth issue of Camera Obscura (Summer 1984). I’m delighted that a DVD of Sally Potter’s overlooked, neglected, and scandalously undervalued masterpiece is finally available, from the British Film Institute. I wrote a short essay for the accompanying booklet. –J.R. 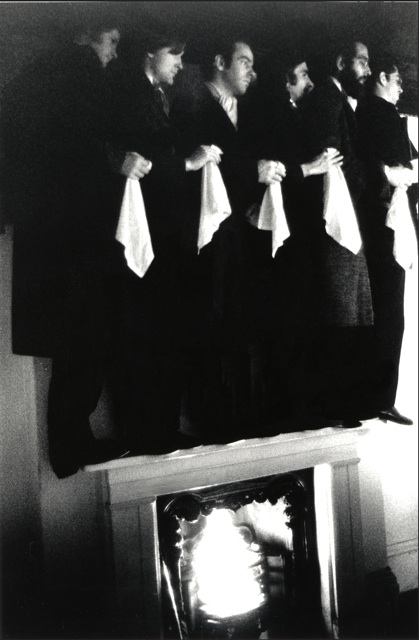 The Gold Diggers: A Preview

Sally Potter’s much heralded British Film Institute production has been encountering a lot of resistance since it premiered at the London Film Festival late last year. When I saw it at the Rotterdam Film Festival in early February, its presence even there was regrettably nominal: screened only once, and in the Market rather than as a festival selection, it was received rather coolly, and many of the critics present left well before the end. Finding the film visually stunning, witty, and pleasurably inventive throughout, I can only speculate about the reasons for the extreme antipathy of my colleagues.

Historically, The Gold Diggers demands to be regarded as something of a proud anomaly. While it contains many familiar echoes of avant-garde performance art (including music, dance, and theater), its only recognizable antecedent in the English avant-garde film tradition appears to be Potter’s own previous Thriller. (An English language film which is international in conception as well as execution, it is marginal in the best and most potent sense of that term.)… Read more »

Item: In assorted outdoor locations all over the US, from a Santa Monica pier to a park in lower Manhattan’s Soho, Louis Hock has been showing a silent, triple-screen film of his own devising called Southern California. The film’s imagery is of the colorful, mythical sort that its title suggests: placid neighborhoods flanked by palms; a San Clemente flower farm; fruit and vegetables in a La Jolla supermarket; downtown Los Angeles glimpsed from the rotating Angel’s Flight Bar or from the top of the Hyatt-Regency. Southern California is actually one strip of film run consecutively through three adjacent 16mm projectors which are aimed at the same wall.

There’s a gap of 22 1/2 seconds between the time that the first and second panels in the triptych appear, and again between the reappearance of the same images on the second and third panels. Every image, consequently, appears twice in each 45-second cycle.

Rather than promote his movie in any ordinary way, Hock usually finds a public site (like the University of California’s San Diego campus, or the street level of the South Ferry terminal in New York, where Staten Island commuters pass), sets up his gear, waits until nightfall, starts to show his 70-minute film on a continuous loop and waits to see what happens.… Read more »