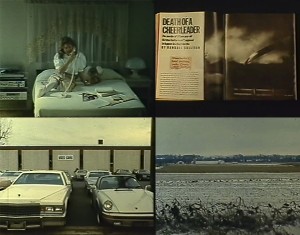 All of James Benning’s features can be regarded as shotgun marriages in which he attempts to wed his distinctive formal talents and interests — framing midwestern landscapes with beauty and nostalgia, using ambiguous offscreen sounds to create narrative expectations — with an intellectual and/or social rationale. Landscape Suicide is almost certainly his most successful and interesting foray in this direction since his One Way Boogie Woogie of ten years ago. Delving into two murder cases — Bernadette Protti’s seemingly unmotivated stabbing murder of another teenage girl in a California suburb in 1984, and Ed Gein’s even more gratuitous mass slayings and mutilations in rural Wisconsin in the late 50s — Benning uses actors to re-create part of the killers’ court testimonies, juxtaposed with the commonplace settings where these crimes took place. Boldly eschewing the specious psychological rhetoric that usually accompanies accounts of such crimes, he creates an open forum for the spectator to contemplate the mysterious vacancy of these people and these places, and their relationships to each other. The performances of both actors, Rhonda Bell and Elian Sacker, are extraordinary achievements, and the chilling, evocative landscapes have their own stories to tell; the fusion of the two creates gaps that not even the film’s confusing title can fill, but the space opened up is at once powerful and provocative. To be shown with Susan Kouguell and Ernest Marrero’s rather tedious short about marital violence, Before the Rise of Premonition. (Film Center, Art Institute, Columbus Drive at Jackson, Thursday, September 24, 7:45, 443-3737) 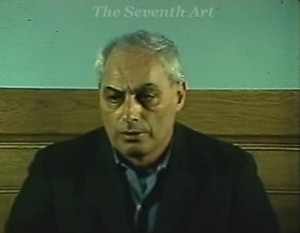 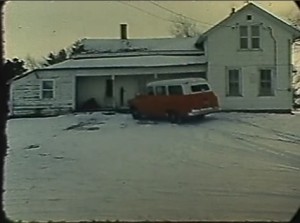