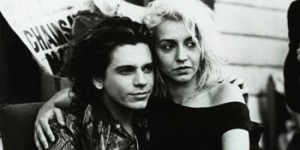 Judging from this interminable Australian punk film, the 1978 freak scene in Melbourne was almost identical to that in London a decade earlier, with one important difference: politics in this motley crash pad are so marginalized that they barely squeak into the movie as incidental comic relief. Writer-director Richard Lowenstein seems as bored with the proceedings as most spectators are likely to be; consequently there’s probably more gratuitous camera movement per square inch here than in any other film of 1986. The house where all the layabouts lay about belongs to Sam (Michael Hutchence), lead singer for the rock band Dogs in Space, and in order to justify the title further, period snatches of TV coverage of astronauts are arbitrarily cut into the proceedings. Boredom is counter-revolutionary, reads a prominently placed placard, but the boredom in this case — scarcely alleviated by the ‘Scope format and a few intermittent flashy visual effects — isn’t even focused enough to seem moderate. The Dolby music in the film is written and performed by Iggy Pop, Brian Eno, the Marching Girls, Chuck Rio, Gang of Four, and Boys Next Door; other actors include Saskia Post, Nique Needles, Deanna Bond, Tony Helou, and Chris Haywood. (JR) 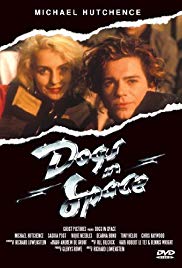