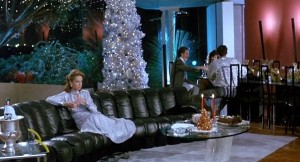 Reefer Madness comes to Beverly Hills in the affluent 80s. Perhaps not since Midnight Express had we gotten so much sanctimony and glitz simultaneously; while the earlier film worked up a righteous indignation about the conditions of Turkish prisons — not for Turks but for well-bred Americans — this 1987 movie reserves all its pity about the ravages of cocaine burnout for the children of multimillionaires. Adapted by Harley Peyton from Bret Easton Ellis’s novel, the story focuses on three high school graduates — an upright college kid (Andrew McCarthy), his former girlfriend (Jami Gertz) who now works as a model and dabbles in coke, and a would-be record producer and disco manager who’s fatally hooked on the stuff (Robert Downey Jr.) and follows their tribulations through the Christmas holidays. Marek Kanievska (Another Country) directs with relentlessly fancy visuals in a series of opulent southern California settings; Ed Lachman’s cinematography is letter perfect as always in its handling of light and color (assisted here by Barbara Ling’s flashy production design), but it’s a pity to see it wasted on such claptrap. (JR) 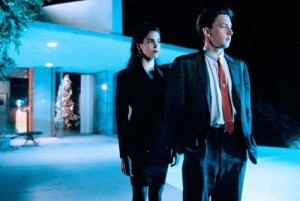