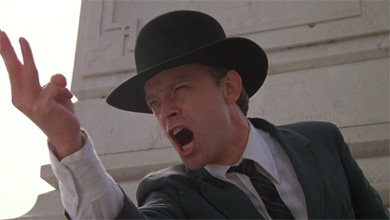 Along with The Man Who Would Be King and The Dead, this is arguably John Huston’s best literary adaptation, and conceivably his very best film — a very close rendering of Flannery O’Connor’s remarkable first novel about a crazed southern cracker (a perfectly cast Brad Dourif) who sets out to preach a church without Christ, and winds up suffering a true Christian martyrdom in spite of himself. The period, local ambience, and O’Connor’s deadly gallows humor are all perfectly caught, and apart from the subtle if highly pertinent fact that this is an unbeliever’s version of a believer’s novel, it’s about as faithful a version of O’Connor’s grotesque world as one could ever hope to get on film, hilarious and frightening in equal measure. O’Connor conceived her novel as a parody of existentialism, and Huston’s own links with existentialism — as the director of the first U.S. stage production of No Exit, as well as Sartre’s Freud script — make him an able interpreter. With Harry Dean Stanton, Amy Wright, Daniel Shor, Ned Beatty, and Huston himself as the hero’s fire-and-brimstone grandfather. The producer is Michael Fitzgerald, whose family’s friendship with O’Connor guaranteed the fidelity and seriousness of the undertaking (1979). (JR) 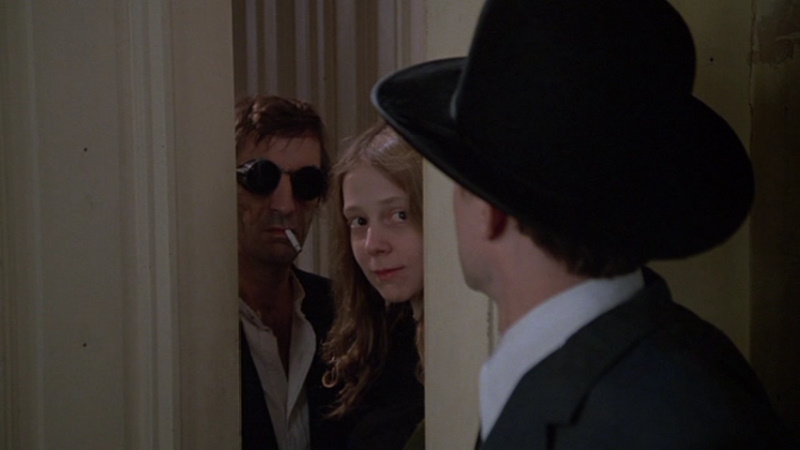