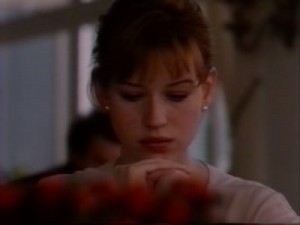 Jean-Luc Godard’s zany, English-speaking quasi adaptation of the Shakespeare play has the most complex and densely layered use of Dolby sound in movies. The itinerary of the film — one can’t quite consider it a plot — involves a post-Chernobyl view of culture in general and Shakespeare’s play in particular. Among the performers, mainly used by Godard as a painter might use colors, are stage director Peter Sellars, Molly Ringwald (as Cordelia), Burgess Meredith (as Lear), a semiincoherent Godard (as someone called Professor Pluggy), and, in smaller parts, Norman Mailer, his daughter Kate Miller, film director Leos Carax, and Woody Allen. The film qualifies as a perverse provocation on more than one level — and one of those levels, believe it or not, is Shakespeare. It may drive you nuts, but it’s probably the most inventive and original Godard film since Passion. (JR) 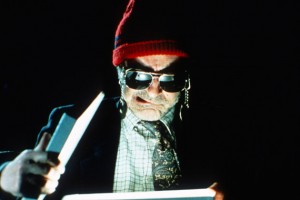