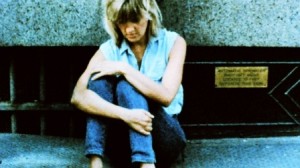 James Benning’s 1988 feature, a substantial letdown after his Landscape Suicide, charts the filmmaker’s involvement with Lawrencia Bembenek, a former Milwaukee policewoman who, despite her persistent claims of innocenc, was convicted of killing her husband’s first wife in the early 80s. (Her case led to articles in Cosmopolitan and People, in part because of her achievements in prison reform while serving a life term.) Although several commentators have compared this film to The Thin Blue Line, there are many crucial differences: Benning’s friendship with his subject, a more extensive use of actors, and Benning’s background as an experimental filmmaker who generally uses narrative only in a skeletal and simplified form. (Bembenek’s own voice — like Benning’s — is used throughout, but an actress plays her on-screen.) Perhaps the principal problem lies in Benning’s failure to set down all the relevant facts of the case in an easily digestible form; he chooses, rather, to introduce them out of chronological sequence. In addition, his own semi-maudlin confessional letters, which are read offscreen (along with Bembenek’s terser ones), keep clouding the various issues raised. As in Benning’s earlier and better films, long takes that focus on midwestern landscapes are often employed, but without the sense of mystery and provocation that they usually have.… Read more »

Intricately and cleverly plotted body-exchange movie, written by the sisters Perry and Randy Howze (Maid to Order, Mystic Pizza), and directed by Emile Ardolino (Dirty Dancing). I don’t want to give away too much of the story, which invites the spectator to flirt with the idea of at least two kinds of incest, but suffice it to say that the setup involves a happily married young lawyer (Christopher McDonald) who dies and is then reincarnated (as Robert Downey Jr.), and becomes involved with his former family. Because the presiding angel neglected to zap out his memory, he develops an advanced case of deja vu when he encounters his former wife (Cybill Shepherd) and best friend (Ryan O’Neal), while his 22-year-old daughter (Mary Stuart Masterson) poses still other complications. Despite the sudsy, overlit look of William A. Fraker’s cinematography and Downey’s varying success with sight gags, this is still a lot of fun. An additional kicker is provided by the picture’s crazed doublethink morality, which implies that incest is OK as long as you’ve got amnesia. (JR) 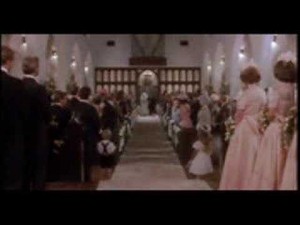 Tama Janowitz adapts her own collection of stories in James Ivory’s mainly studio-shot movie (1989) about the downtown art scene in Manhattan, a world of self- absorbed male artists, their girlfriends, and others struggling to promote themselves. Bernadette Peters plays the central character, and good as she’s been elsewhere as a foil to Steve Martin, she’s pretty much defeated by the studied flakiness of both her character (who often recalls the heroine of I’ve Heard the Mermaids Singing in her helplessness, naivete, and Woody Allen-like nebbishness) and the movie as a whole, which etches out a view of Manhattan bohemia that’s every bit as caricatured as in Funny Face (without the benefit of Fred Astaire or Audrey Hepburn). Offering a view of predators and victims that mainly winds up being too cute for words (or images, for that matter), the film tries so hard to be with it that it winds up on another planetand not a very interesting one at that. With Chris Sarandon, Mary Beth Hurt, Madeleine Potter, Adam Coleman Howard, Nick Corri, Charles McCaughan, and Mercedes Ruehl. (JR)… Read more »

Michael Lehmann’s first film as a director and Daniel Waters’s first film as a screenwriter, this misanthropic 1989 black comedy about the cruelty of high school teenagers succeeds at least in being offbeat, but its inanities and glib pretensions are so thick that it mainly comes across as tacky and contrived. The plot centers on Veronica (Winona Ryder), member of an exclusive girls clique whose three other members all call themselves Heather (Kim Walker, Shannen Doherty, and Lisanne Falk), and her nihilistic boyfriend J.D. (Christian Slater), whose pranks quickly turn into a string of murders made to look like suicides. The dialogue is relentlessly fancy without being witty, and the specious moralizing of the plot looks like it was tacked on to appease square adults; the real narrative force behind this movie is nihilist camp, as in Roger Corman’s 1966 The Wild Angels but without the same degree of filmmaking skill. If you’re in a low mood, you might find it funny in spots. R, 102 min. (JR)… Read more »

Based on the late Maryse Holder’s collection of letters published as Give Sorrow Words, this remarkable and unique Canadian feature follows Holder, as portrayed by Jackie Burroughs (The Grey Fox), on the extended sexual and sensual quest in Mexico that ultimately led to her death. Far from being depressing, the film is life embracing and often exhilarating, thanks in large part to Burroughs’s extraordinary presence and charismatic performance, and the beauty and intelligence of the letters. (Although Holder wrote at one point that she was on vacation from feminism, feminist insights about power and pleasure are still central to her writing.) The film’s methods of conveying the text are original but never simply contrived or clever; Burroughs neither recites nor acts the letters in any conventional manner, but often delivers them straight to the camera (or to the characters she’s with) with a disarming directness. Although the film is very much her show, it is also a collective effort, codirected by Burroughs, producer Louise Clark, cinematographer John Walker, sound person Aerlyn Weissman, and John Frizzell; the unity of their conception really works, and the film breathes with a single fiery voice and vision. (JR)… Read more »

We Think The World Of You

Adapted from J.R. Ackerley’s novel by writer Hugh Stoddart and director Colin Gregg, this is a pleasant if unexciting example of British realism, as applied to a rather odd story set in the early 1950s. The central character is a solitary literary editor named Frank (Alan Bates), a semiautobiographical stand-in for Ackerley, whose former lover Johnny (Gary Oldman) is in jail. Much of the film focuses on Frank’s strained relations with Johnny’s working-class parents and wife (Frances Barber), with particular importance given to his gradually assuming responsibility for Johnny’s neglected German shepherd, Evie, who ultimately seems to become a kind of surrogate for Johnny. Modest in every respect, this well-acted comedy-drama does have its share of good dog scenes, as well as one of the ugliest babies in movies. With Liz Smith, Max Wall, and Kerry Wise. (JR)… Read more »

Lightning Over Braddock: A Rustbowl Fantasy

This very agreeable and funny low-budget documentary by Tony Buba, set in a steel-mill town just outside Pittsburgh, documents the decline of the area as the mills shut down and his own 15-year activity as a local independent filmmaker. Concerned with union organizing, his temperamental and eccentric star Sweet Sal Carullo, his dwindling finances, and his own soul, Buba has a lot of interesting things to say and show, and this witty and intelligent portrait of him and his community has charm to spare (1989). (JR)… Read more »

Robert De Niro, Ed Harris, and Kathy Baker star in a feature about two Vietnam veterans struggling to overcome their traumatic war experiences in the presentone (Harris) an all but broken man living with his schoolteacher sister (Baker), the other (De Niro) on the mend and gradually becoming involved with the schoolteacher. The film treats this theme sincerely, but unfortunately the script (by Stephen Metcalfe, based on his play Strange Snow) and direction (by David Jones) seem at times even more stunted than the heroes. If De Niro and Harris’s characters suffer from being partially stuck in the 60s, the movie often reaches all the way back to the cliches of the 40s and 50s to try to understand them, telegraphing most of its subtle touches with a heavy hand, including soupy, nudging music by Bruce Broughton. Still, the three leads are so good that it’s possible to overlook the material that they have to work with; Baker is especially touching and effective. (JR)… Read more »

I haven’t seen this 185-minute British experimental epic (1980) by Peter Greenaway (The Draughtsman’s Contract, Drowning by Numbers), but Greenaway specialists call it one of his finest works. Set in the future, after a violent unknown event claims millions of victims, it uses 92 case histories to investigate the disaster. In the alternate universe explored, the sexes have multiplied to four, there are 92 new languages, and people are haphazardly turning into birds. Michael Nyman and Brian Eno furnished the music. (JR)… Read more »

The Emperor’s Naked Army Marches On

Kazuo Hara’s bizarre 16-millimeter documentary — a project originally conceived by Shohei Imamura — follows Kenzo Okuzaki, a survivor of the World War II battlefields in New Guinea with a bee in his bonnet about the deaths of over a thousand Japanese soldiers there, as well as the execution of several soldiers in his unit. Ultimately blaming Emperor Hirohito for these disasters, Okuzaki was arrested in 1969 for using a slingshot to fire several balls at the emperor. During the early 80s, when this film was shot, he visited various soldiers who had survived the New Guinea disaster, trying to get to the bottom of things, and on two occasions resorted to on-camera violence. Okuzaki initiated the making of this 1987 film, and while it bears a certain resemblance to some of Werner Herzog’s documentaries (as well as Marcel Ophuls’s), the results are more provocative than illuminating. In Japanese with subtitles. 122 min. (JR)… Read more »

Juan Valdivia’s half-hour, Chicago-made experimental narrative short Drowning (1989) is certainly ambitious. It has two quotes from J.G. Ballard, interspersed lines of poetry by Stevie Smith, a striking and effective score by George Daugherty, and a difficult allegorical plot about a real estate man who commissions an artist to record his own suicide by drowning. The metaphysical trappings and structure, which involve intercutting between two different deaths by asphyxiation, tend to overwhelm the plot, but lead to some impressive underwater photography by Janusz Kaminski. With John R. Tobinski, Tom Blanton, Tanya White, and (in a cameo) Julia Cameron. (JR)… Read more »

Miami Vice’s Don Johnson, starring as the real-life LA homicide detective Jerry Beck, whose cross-country investigation of a series of murders leads him to uncover a frightening right-wing conspiracy, may be the most marketable element in this thriller directed by John Frankenheimer and written by Robert Foster, but he’s also the biggest problem. Whatever Johnson’s effectiveness as a TV performer, he’s alternately an empty hole and a dead weight on the movie screen, and apart from some nice camera work from Gerry Fisher and a couple of striking scenes, this watchable but routine thriller leaves little aftereffect; not even the conspiracy gets beyond the formulaic. Watch out for one nifty vomiting scene, however. Penelope Ann Miller, William Forsythe, Bob Balaban, and Tim Reid costar. (JR)… Read more »

An Affair To Remember

Leo McCarey’s 1957 remake of his 1939 masterpiece Love Affair, coscripted with Delmer Daves and shot in color and ‘Scope, is his last great filma tearjerker with comic interludes and cosmic undertones that fully earns both its tears and its laughs, despite some kitschy notions about art and a couple of truly dreadful sequences. A playboy (Cary Grant) and a nightclub singer (Deborah Kerr) meet and fall in love on a luxury liner headed for New York; each is romantically committed to someone else, but they agree to meet at a future date if they can disentangle themselves from their commitments. Neither star ever showed quite this much delicacy before or after, and McCarey’s elliptical way of framing key emotional moments meshes perfectly with their sublime performances. 115 min. (JR)… Read more »

This film by one of the best Belgian directors, Andre Delvaux, adapted from a Marguerite Yourcenar novel set in the 16th century, follows a dissident doctor from Flanders who is hounded throughout Europe for his views and falls into the hands of the Inquisition.… Read more »