An impressive, often powerful Iranian feature (1987) by Mohsen Makmalbaf–who started out as an anti-Shah activist and fiction writer–composed of three sketches dealing with the poor in Tehran. The first, freely adapted from an Alberto Moravia story, follows the appalling misadventures of an impoverished couple with four crippled children as they try to get their fifth and latest child adopted, in the hope that she won’t wind up crippled as well. The second follows the equally pathetic life of a scatterbrained, spastic Jerry Lewis type who devotes his life to caring for his aged and senile mother. (The couple from the first part reappear briefly in this episode.) The third part, shot in film noir style, is largely devoted to the grim fantasies of a clothes peddler who is afraid of being killed by fellow traffickers. Each episode has a different cinematographer (like most of Kieslowski’s recent Decalogue), and all three are shot very adroitly and fluidly, although the more self conscious stylistics of the third part sit rather oddly with the first two episodes, which are often much closer to neorealism. According to Makmalbaf, the film as a whole deals with the three stages of man–birth, “journey through life,” and death.… Read more »

Now in its sixth year, this festival of experimental films will be screening its prizewinners on two consecutive nights. Only two films will be shown both nights, the special jurors’ award winner (Fred Marx’s Dreams From China, a pungent, ambivalent personal essay about his two years in that country) and one of the first-prize winners (Sal Giammona’s Wall in the Woods, a densely compacted reverie about a cosmic eggbeater, featuring lots of special effects and imaginative graphics). My other favorites in the Friday show include Phillip Roth’s Boy’s/Life, an unfashionably joyous celebration of safe sex (group masturbation parties) and affection (fondling in public places) among gay men; the spirited and literally dotty J. P. Somersaulter’s Dot to Dot Cartoon; and two bits of wacky Dada from Heather McAdams (Mr. Glen W. Turner and Fetal Pig Anatomy), made mainly with found footage. Among the other Saturday selections that I previewed, I especially liked Jay Rosenblatt’s Paris X 2 (a dreamy love story filmed in San Francisco and Paris, throbbing with remembered movie moments and ambiguous street and studio photography), David Stoff’s delightfully color-splashed My Electric Coloring Book, Francois Miron’s Dismal Universal Hiss (full of aggressive optical printing and flicker effects), and Amy Kravitz’s brooding black-and-white animation The Trap.… Read more » 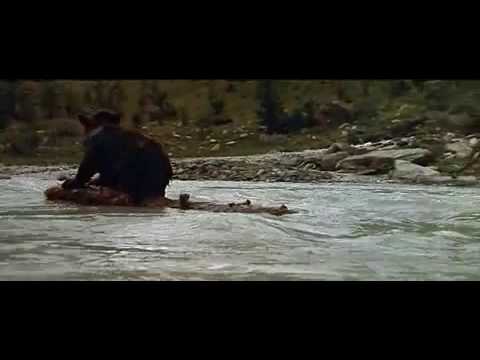 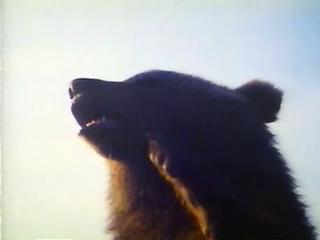 Much of the immediate appeal of Jean-Jacques Annaud’s new feature, apart from its impressiveness as a technical feat, is the attraction of seeing animals more than people, which also means seeing a movie that’s virtually free of dialogue. In theory, at least, there’s something relatively uncorrupted about both experiences. We spend so much time watching actors in the media — people pretending to be what they’re not — that there’s something refreshing about watching animals being animals for a change, even when they are “acting” in a fiction film. Similarly, the sparsity of dialogue –  a total of 657 words shared by three actors in 93 minutes — brings us close to the purity of silent film and its strictly visual means of story telling, which produces that primal sense of unfolding narrative that most talkies miss. (Following a belt-and-suspenders principle when it comes to using dialogue and image, the average sound movie puts forth a redundancy of information and effect that leaves less freedom for the spectator’s imagination than the average silent movie.)

The Bear‘s story, adapted by Gerard Brach from The Grizzly Bear, a novel by James Oliver Curwood published in 1916, can be encapsulated in the four lines presented by Annaud to producer Claude Berri seven years ago: “An orphan bear cub.… Read more »