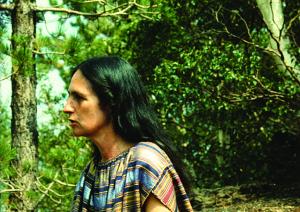 Despite worries that the passionate eclecticism of the late Hubert Bals in steering the Rotterdam Festival would be a hard act to follow, Marco Müller, in his first year as director, maintained the festival’s maverick spirit and cozy intensity while adding his own personal stamp. Increasing the usual number of films by 50 per cent may have taxed his staff, but publishing excellent bilingual monographs (on Ritwik Ghatak, David Cronenberg and Gennadi Sjpalikov) gave the audience a good head start.

Best of all, Müller continued the Rotterdam tradition of offering a slew of uncommon pleasures unavailable elsewhere. Where else could one find André Labarthe’s TV interview-portraits of directors, the multiple versions of Straub and Huillet’s The Death of Empedocles and Black Sin (as well as the premiere of their intriguing 51-minute Cézanne), Nanni Moretti’s daffy and lively Palombella Rosa, and perhaps the best films to date of Eduardo de Gregorio, Wayne Wang and Otar Iosseliani? 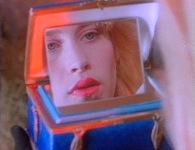 The work by American independents was especially strong and varied. Leslie Thornton’s freakishly disturbing and still-in-progress Peggy and Fred in Hell, split between film and video, plants two odd children in an apocalyptic black and white universe of found objects, found footage and lost meanings, perpetually reinventing culture as it slips from their (and our) grasp. Mark Rappaport’s Postcards, his first narrative video, charts the dissolution of a romance through crisscrossing postcards and surreal mental landscapes which combine the shifting interiors and exteriors of the two characters’ separate spaces. As in Rappaport’s ironic chamber pieces on film, the tensions between kitsch and tragedy are perfectly poised, but video enriches his palette; the tape is only half an hour, but has the density of a feature.

Made in the hope of raising the money to release Orson Welles’ The Other Side of the Wind, Oja Kodar’s low-budget Jaded is far from Wellesian in style, and the acting is variable, but as a ferocious European view of the seedy American underside — specifically a number of low-lifes and outcasts in Venice, California over a 24-hour period — the film is stark, unsettling and highly original. A far cry from a cinéphile’s effort, this intricately plotted film describes a predatory universe of abuse, greed and revenge in which the gradual alliance of victims recalls the outcome of Freaks. 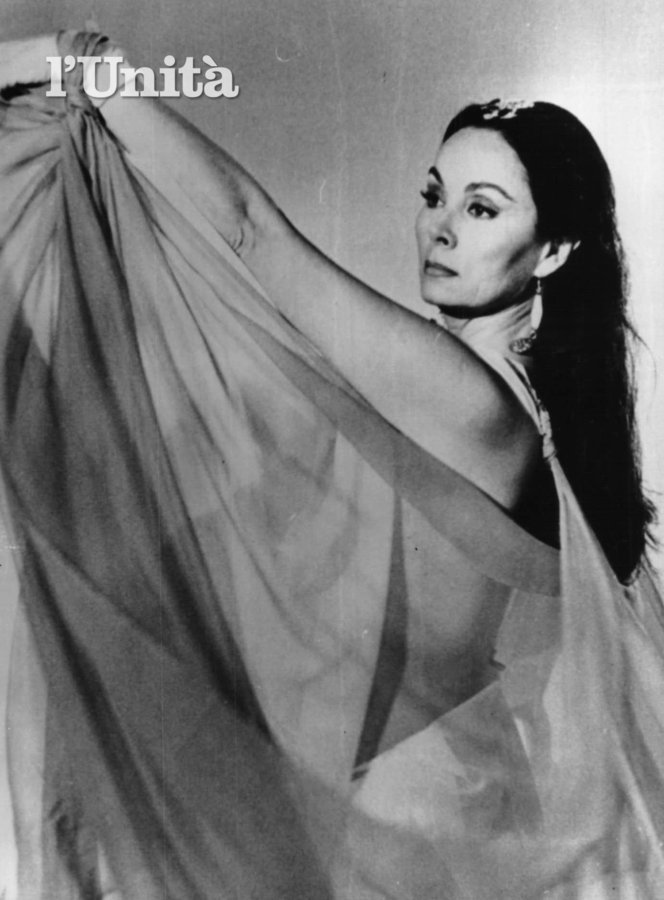 Kodar herself plays a promiscuous Italian diva who ironically evokes ‘the other Venice’ — a self- parodic performance that places her character apart from the others without exempting her from the vicious circle of exploitation. Scarcely less grisly, though more essayistic, Wayne Wang’s Life Is Cheap (But Toilet Paper Is Expensive) might be described as 2 or 3 Things I Know About Hong Kong: putatively a thriller — with a dizzying hand-held chase sequence which must be one of the longest ever filmed – the movie employs scatological conceits and the style of late-60s Godard to evoke Hong Kong as it looks ahead to 1997. 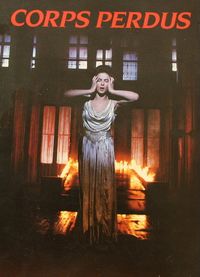 Although Eduardo de Gregorio returns to some of the staples of his earlier scripts in Corps Perdus — a haunted house and a relay between past and present — the implications of shooting in his native Buenos Aires give this ghostly melodrama a political and personal edge that his supple mise en scène and his byplay between Spanish and French dialogue make the most of. Uncovering the layered composition of a mysterious painting done in the 1920s, the plot evokes Stevenson, Wilde and The Phantom ofthe Opera, and builds to an effectively lavish finale.

Iosseliani’s Biblically titled Et la Lumière fut is a witty, sweet-and-sour parable about the corruption and destruction of an African village through commerce. The story is told visually with occasional intertitles, the native dialogue untranslated; pinches of magical realism suggest the everyday otherness of the villagers’ Iife before the woodcutters arrive.

My favorite films in Rotterdam were two hilarious shorts by Luc Moullet — a suite of musical variations on ways of sneaking into the Paris métro without paying (Barres) and a miniature epic depicting Moullet’s own tribulations in trying to open a litre bottle of Coke with a twist-off cap (Essai d’Ouverture). Both confirm the impression of Moullet’s recent feature La Comédie du Travail that, after two decades of fashioning very funny, pointed, and radically humanist — if technically somewhat threadbare — works, he has finally emerged as the only genuine post-Tati filmmaker, with a full mastery of both means and ends. A director of economy in every sense of the word — of physical, mental, monetary and existential expenditure — Moullet combines an anarchist spirit with a formal beauty and rigor to produce movies that are simultaneously packed with political ideas and every bit as funny as the masterpieces of Chuck Jones. 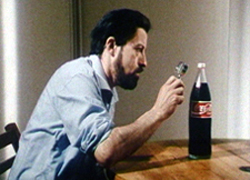 Moullet’s background and continuing experience as a film critic serve him better here than in the amusing, if slight, Les Sièges de l’Alcazar — a 52-minute account of an abortive but potentially utopian flirtation between a male Cahiers critic and a female Positif rival at a Cottafavi retrospective in 1953 — because of the more universal reference points: not only the simple subjects of both shorts, but the Tatiesque gag structures of Barres, and the apotheosis of the Pete Smith Specialty in Essai d’Ouverture. Perfectly balanced between the physical and the cerebral, these delightful gems deserve to be seen across the planet rather than remain sequestered in havens like Paris and Rotterdam. 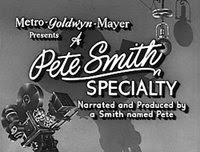 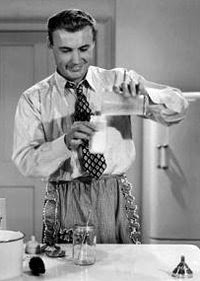 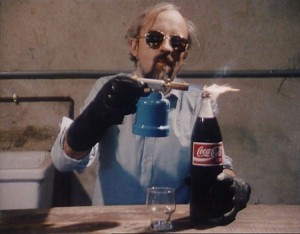