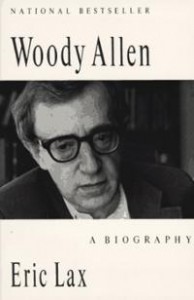 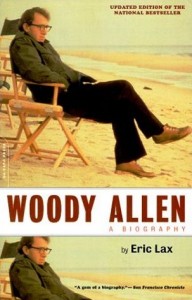 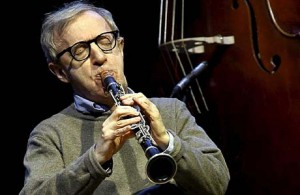 When a repressed criminal psychologist (Jeff Fahey) loses his right arm in a car accident and it’s replaced by the arm of a mass murderer, he discovers to his horror that his new limb seems to have a will and personality of its own. This provocative and effective thriller, directed by Eric Red (who coscripted and coproduced Near Dark), loses some steam, focus, and coherence in its final reels because of what appears to be clumsy studio recutting, but it’s full of directorial savvy and sharp performances. (The always-interesting Brad Dourif is especially good as a painter who winds up with the mass murderer’s left arm, and the fact that Fahey’s hero is more creepy than charismatic at the outset makes for some interesting ambiguities throughout that aren’t lost on the filmmakers.) Based on the novel Choice Cuts by Pierre Boileau and Thomas Narcejac, the same writing team that provided the source novels for Vertigo and Diabolique, and intelligently written for the most part by Red, Norman Snider, Patricia Herskovic, and Joyce Taylor. It’s a pity that Paramount shoved thi’s one out without benefit of press screenings or other tokens of studio confidence; it deserves much better. With Lindsay Duncan, Kim Delaney, Zakes Mokae, and Paul Benvictor.… Read more »

Jennie Livingston’s exuberant and loving documentary about “voguing” and the drag balls of Harlem is both a celebration and a canny commentary. Delving into the dance poses and acrobatic moves of black and Latino gay men, she enters this highly ritualized subculture with a genuine sense of curiosity and discovery, and is wise enough to let the participants themselves do most of the explaining. One emerges from this film not only with a new vocabulary and a fresh way of viewing the straight world, but with a bracing object lesson in understanding what society “role models” are all about. See it (1990). (Fine Arts) … Read more »

For my money, this is funnier than both Naked Guns combined, even down to the final joke-strewn credits. Putatively a parody of Top Gun, it also includes send-ups of Dances With Wolves, Full Metal Jacket, The Fabulous Baker Boys, Superman, and even Gone With the Wind. Directed and cowritten (with Pat Proft) by Jim Abrahams, one of the three writer-directors who launched Airplane!, this shares more with that 1980 laugh getter than an exclamation point and Lloyd Bridges; there’s also much of the same pleasure in milking cliches and ridiculing poker-faced straight men with their own compliance (Charlie Sheen is every bit as well cast here as Leslie Nielsen is in the Naked Gun movies), and the airborne antics are realized with a lovely sense of craft. With Cary Elwes, a very sexy Valeria Golino, Kevin Dunn, Jon Cryer, William O’Leary, Kristy Swanson, and Efrem Zimbalist Jr. (Webster Place, Ford City, Bricktown Square, Burnham Plaza, Golf Mill, Lincoln Village, Water Tower) … Read more »

Richard Linklater’s delightfully different and immensely enjoyable second feature (1991, 97 min.) takes us on a 24-hour tour of the flaky dropout culture of Austin, Texas; it doesn’t have a continuous plot, but it’s brimming with weird characters and wonderful talk (which often seems improvised, though it’s all scripted by Linklater, apparently with the input of some of the participants, as in his later Waking Life). The structure of dovetailing dialogues calls to mind an extremely laid-back variation of The Phantom of Liberty or Playtime. Every thought you have fractions off and becomes its own reality, remarks Linklater himself to a poker-faced cabdriver in the first (and in some ways funniest) scene, and the remainder of the movie amply illustrates this notion with its diverse paranoid conspiracy and assassination theorists, serial-killer buffs, musicians, cultists, college students, pontificators, petty criminals, street people, and layabouts (around 90 in all). Even if the movie goes nowhere in terms of narrative and winds up with a somewhat arch conclusion, the highly evocative scenes give an often hilarious sense of the surviving dregs of 60s culture and a superbly realized sense of a specific community. (JR)… Read more »

Secrets Of A Soul

Sigmund Freud refused to have anything to do with this early (1926) silent attempt to deal with psychoanalysis via German expressionism, directed by G.W. Pabst. The results are dated, but this is still an intriguing period piece. 97 min. (JR)… Read more »

Harley Davidson And The Marlboro Man

Perhaps the first movie ever to incorporate two product plugs in its title (apparently without the approval of either company in question), not to mention two additional ones in the cast (Virginia Slim and Jack Daniels), this egregious collection of cock-waving cliches is the silliest piece of macho camp since Roadhouse. Mickey Rourke and Don Johnson play the shit-kicking bikers of the title; Simon Wincer directed the Don Michael Paul script. (JR)… Read more »

Apart from featuring a bit more weirdness than usual (Chel White’s Photocopy Cha Cha, Henry Selick’s Slow Bob in the Lower Dimensions, and David Fain’s Oral Hygiene are among the best), this is pretty much like previous editions of the International Tournee, so how you respond may depend on how many of these annual collections you’ve seen. (I’ve had enough of Bill Plympton’s poker-faced anatomical black comedynot to mention John Lasseter’s cutesy Luxo Jr.to last me several lifetimes.) But the last and longest of the shorts hereGarri Bardin’s Grey Wolf and Little Red Riding Hood, a macabre Soviet Claymation musical with familiar Western melodies and gruff asides on Walt Disney and Edith Piafis a special treat. Long on humor and short on beauty (with the exception of Daniel Suter’s Les saisons quatre a quatre), this package is otherwise easy to watch but not likely to be remembered. (JR)… Read more »

Hal Hartley’s second feature (1990), a decided improvement over his first (The Unbelievable Truth), returns to the same turf (a Long Island commuter town) and features the same lead actress (Adrienne Shelly) as an alienated teenager. This time around, Shelly plays a high school student who finds herself pregnant, provokes her father’s fatal heart attack, gets unceremoniously dumped by her boyfriend and kicked out of the house by her mother (Merritt Nelson), is assaulted, witnesses a kidnapping, and meets an angry and disgruntled electronics whiz (Martin Donovan) all in the same day. It’s a credit to the film that this overflow of incident neither strains credibility nor becomes exploited for facile comedy; in fact the real story only begins once she and the electronics whiz become involved and their mutual adjustments (including the strains represented by their difficult parents) gradually transform both of them. Unpredictable while remaining honest to both its characters and its milieu, this flaky comedy-drama improves as it proceeds; with John MacKay and Edie Falco. (JR)… Read more »

British comic Lenny Henry stars in this feature by Charles Lane (Sidewalk Stories) about an aspiring black actor who discovers that a supposedly dead Mafia boss is alive, disguised by plastic surgery; complications ensue when the actor has to pretend to be his own white executionera hit man from Las Vegasto uncover the boss. This starts off as an agreeably goofy farce, enlivened by Henry’s impersonations, and then gradually runs out of fun and energy as Andy Breckman’s script becomes increasingly gimmicky and contrived; by the end, not even the lively castwhich also includes Anne-Marie Johnson, Lane, Frank Langella, and J.T. Walshcan keep it propped up. (JR)… Read more »

The Three Worlds Of Gulliver

One of the best of all prison pictures, thanks not only to Don Siegel’s sharp direction and a good script (by Richard Collins), but also to the creative input of producer Walter Wanger, who had been an inmate himself and was concerned about making this as authentic and as commercially uncompromised as possible. (The picture was shot on location in California’s Folsom state prison, with many inmates cast in secondary parts.) The care taken with this grim 1954 drama paid off; it was Siegel’s first major hit. With Neville Brand, Frank Faylen, Leo Gordon, and Emile Meyer. (JR)… Read more »

Jennie Livingston’s exuberant and loving 1990 documentary about voguing and the drag balls of Harlem is both a celebration and a canny commentary. Delving into the dance poses and acrobatic moves of black and Latino gay men, she enters this highly ritualized subculture with a genuine sense of curiosity and discovery, and is wise enough to let the participants themselves do most of the explaining. One emerges from this film not only with a new vocabulary and a fresh way of viewing the straight world but with a bracing object lesson in understanding what society role models are all about. 78 min. (JR)… Read more »

Yves Robert’s adaptation of the first volume of Marcel Pagnol’s autobiography may be relatively academic and unexceptional as filmmaking, but the material itselfgrowing up in Provence at the turn of the centuryis so wonderful that the film is full of satisfying and unexpected pleasures. Although the nostalgic texture often verges on sentimentality, the wit and intelligence of Pagnolif not the loose directorial style that he employed in his own moviestriumphantly shine through. With Philippe Caubere, Nathalie Roussel, Didier Pain, Therese Liotard, and Julien Ciamaca (1990). (JR)… Read more »

Shot in black-and-white 16-millimeter for only $10,000, this delightfully deadpan comedy about unrequited romantic obsession scores through a combination of behavioral charm and compositional rigor. It was written and directed by UCLA film students Caveh Zahedi and Greg Watkinswho also play themselves in restaged real-life eventsand focuses on Zahedi’s nerdish and awkward but indefatigable campaign to gain the romantic interest of an art student. The camera keeps its distance, and the limited number of locations and situations only intensifies the tight focus of the plot and the single-mindedness of the hero (1990). (JR)… Read more »