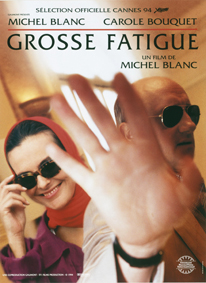 Directed and written by Michel Blanc 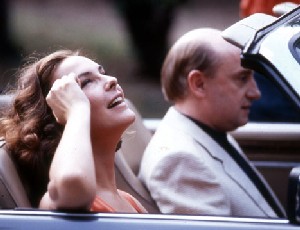 Wonders never cease. When Michel Blanc’s hilarious, vulgar farce Grosse fatigue won the prize for best screenplay at the Cannes film festival last year, the American press generally agreed that its chances of stateside distribution were just about nil. A nasty, abrasively funny insider’s look at contemporary French cinema, it was felt to be far too obscure in its references and far too politically incorrect, with its sexist and homophobic gags about rape, to find much favor among art-house patrons on this side of the Atlantic.

Proving us all wrong, Miramax is releasing the movie this week. I can only applaud their decision: offensive or not, Blanc’s fantasy/comedy qualifies in my book as a satire about the movie business far superior to The Player and Swimming With Sharks – two supposedly scathing looks at Hollywood that squander all their venom on a few west-coast executives with fancy ties and outsize salaries and let the audience that supports them neatly off the hook. Paradoxically, these American-made pictures argue that any system that supports people like these treacherous producer-villains has to be wrong, yet somehow they fail to broach the possibility that we in the audience could have anything to do with such a system ourselves. (Who, us? How could we be suckers when we can see through the phoniness of these executives right away?)

The venal yuppies in Grosse fatigue, most of them real live movie professionals playing themselves, aren’t just producers; they’re also actors, directors, writers, agents, and promoters. In fact, the group includes just about all the movers and shakers in this particular movie world, including such people as Gilles Jacob, director of the Cannes film festival — and we’re never allowed to forget that jerks like us who regard them as movers and shakers and treat them like stars are what keep these people in business. Thus Blanc’s decision to make most of his high rollers (himself included) every bit as unpleasant as the producer-villains of The Player and Swimming With Sharks creates a two-edged sword (or shall we say a Swimming With Sharks with teeth). The reason these creeps can get away with murder is that we pay them to do so. What Blanc is satirizing is not just the movie business but the culture of celebrity and stardom that keeps it going.

To say much more about Grosse fatigue — a title that translates as “sheer exhaustion,” unsatisfactorily titled in English Dead Tired – requires some attention to the plot, which hinges on a fantasy conceit. Though I don’t think discussing it here seriously detracts from the experience of this movie, viewers who want to approach it in a pristine state should stop reading at this point and return after the next section.

The pounding we hear during the opening credits — the first indication of the movie’s nonstop aggressiveness — proves to be the police at the door of the Paris flat of Michel Blanc, a famous movie star currently writing a script for Carole Bouquet. (Blanc is perhaps best known here for his lead parts in Bertrand Blier’s Menage and Patrice Leconte’s Monsieur Hire and for smaller roles in Prospero’s Books and Ready to Wear. But in France he’s also known for his stage acting and his work with such film directors as Claude Miller, Roman Polanski, and Bertrand Tavernier; he also directed another feature, the 1984 Marche a l’ombre, which I haven’t seen.) Blanc stands accused of not paying a taxi driver on a trip to see a prostitute.

Not long afterward we see Blanc arrive at the Cannes film festival, demanding a suite at the Hotel Carlton (he finally gets moved into the suite of Gerard Depardieu, who’s off wine tasting in Bulgaria) and making a crude pass at Charlotte Gainsbourg in her room, then stealing money from her purse while she goes to fetch him some Valium. Next he’s signing videocassettes of his movies at a beauty contest in a sleazy nightclub. Eventually, however, we discover that the Blanc who didn’t pay the taxi driver and the Blanc we saw in Cannes and at the nightclub is not the real Blanc but a dead-ringer impersonator from the provinces named Patrick Olivier. This impersonator, moreover, has raped French movie actress Josiane Balasko, who presses charges against the real Blanc that lead to his arrest. When he’s released from jail the following day, still ignorant of the exploits of Olivier, he gets Bouquet to take him to a psychiatric ward, where as a celebrity he immediately causes a commotion.

The doctor suggests a rest in the country to Blanc, and it’s only after some recuperation at Bouquet’s house in Provence that the two of them get wind of Olivier’s exploits, finally tracking him down at a provincial supermarket where he’s impersonating Blanc in a promotional stunt. The chase that ensues eventually brings Blanc and Bouquet to Olivier’s hometown, where Blanc for a brief spell finds himself impersonating the impersonator. After many more comic complications, Blanc and Olivier finally meet face-to-face. Olivier proposes a partnership with Blanc — he will fulfill all of Blanc’s duller acting assignments — but Blanc indignantly rejects the offer.

When Blanc returns to Paris, however, he finds himself locked out of his apartment and labeled an impostor himself; Olivier has gotten there ahead of him and convinced everyone that he’s the real Michel Blanc. In desperation, Blanc decides to hold up a fancy jewelry store; Bouquet arrives to talk him out of the scheme, ultimately resorting to sexual seduction on the spot in order to get him arrested. 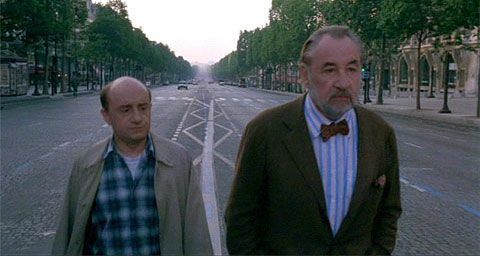 Released from prison in a semibereft state rather like that of Chaplin after his arrests in City Lights and Modern Times, Blanc looks around for acting jobs, hoping to get hired as “Michel Blanc”‘s double. At one casting call he meets the supposed double of Philippe Noiret, who proves to be Noiret himself — another actor whose identity has been usurped. Then, in a very touching and funny coda, Noiret offers a eulogy for the French cinema — obliterated by the steamrolling of the Hollywood apparatus, done in by vulgar clones — implying that its death has led both of them to this pathetic impasse. Then they promptly go to work as extras in a Polanski movie. 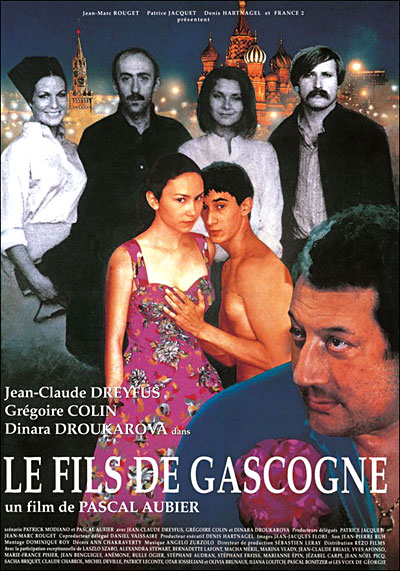 Grosse fatigue isn’t the only intelligent, distinctive recent French comedy to mourn the death of French cinema, allegorically represented by an impostor succeeding in the contemporary French film world (peopled by a lot of familiar actors and other film people). Pascal Aubier’s The Son of Gascogne is as sweet and winsome in its acceptance of deception, however, as Grosse fatigue is sour, brittle, and unforgiving about it. The Son of Gascogne turned up at the Berlin film festival in February, then was broadcast on French television during the final week of Cannes (which meant, alas, that practically no one in the international press saw it). 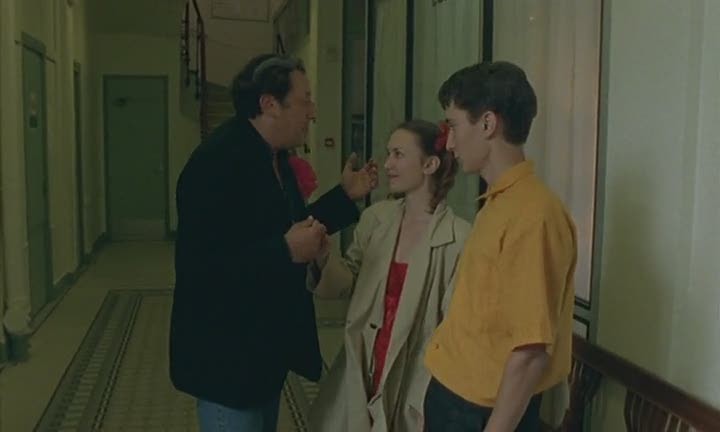 In this movie a 20-year-old pretends to be the son of a famous (but fictional) French New Wave director who died in the mid-70s, allegedly leaving behind an unseen masterpiece. This impersonation momentarily gains the hero admission to the French film world, an identity, and even the love of a visiting Russian woman, who accompanies him around Paris in a giddy sequence in which they reenact famous scenes from French New Wave classics. Part of what makes Aubier (who’s 52) more tolerant than Blanc (43) about the crime of impersonation is his hero’s tender years; charmed and intimidated by the mythology of the New Wave, the boy finds that the only way he can become heroic, to himself or to others, is to become part of something that ended around the time he was born. Aubier reveals a telling postmodernist dilemma for cinema as a whole, not just the French cinema: directors like Quentin Tarantino require allusion and imitation for their very existence, not simply as a means of getting ahead or being fashionable.

The sweetness of Aubier’s movie has stayed with me, but so has the gallows humor of Blanc’s. As vulgar and horrible as Patrick Olivier is in his behavior, the real Michel Blanc isn’t made to seem much more likable. By the same token, the boorish idiocy of Blanc’s friends, relatives, and public — who can’t tell which is Blanc and which is his double — is duplicated in our own inability to tell the two apart. And for a good bit of the movie, we too are asked to accept that Blanc is a rapist, thief, and general slime. 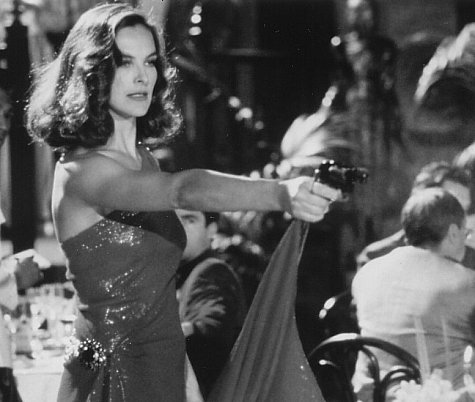 In the world of celebrity Grosse fatigue proposes, a crippled man can walk again (“I’m walking! I have a hard-on!”) because a movie star, Carole Bouquet, agrees to be in his presence. This same movie star is capable of playing a part with Blanc, saying to him, “Fuck me like a secretary!” when she wants him to put down his shotgun in the jewelry store. It’s a world where pretense and presence are ultimately the same, and where everyone — including the audience — must claim some of the responsibility for keeping both in place.