From the Chicago Reader (October 26, 1995). This date is a guess and an estimate; the Reader gives the date of this capsule as a decade earlier, a couple of years before I started writing for the paper. — J.R. 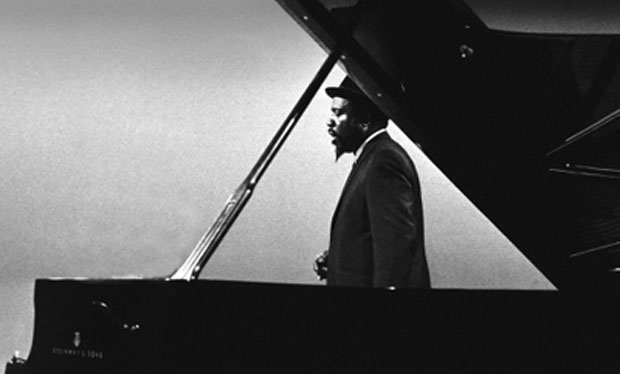 The core of Charlotte Zwerin’s exciting if vexing 1989 documentary about the great jazz pianist and composer — brought to us courtesy of Clint Eastwood, executive producer — is drawn from 14 hours of footage of Monk, in performance and offstage, shot by Michael and Christian Blackwood over six months in 1968. The musical value of this footage is so powerful that nothing can deface it, despite the best efforts of Zwerin to do so: all the worst habits of jazz documentaries in treating the music, from cutting off numbers midstream to burying them with voice-overs (which also happens on the sound track album), are routinely employed; adding insult to injury are the merely adequate performances (by contemporary piano duo Tommy Flanagan and Barry Harris) of two unabridged Monk tunes. The offstage footage of Monk and the accounts by friends and family of the mental illness that plagued his final years aren’t very illuminating — though here the film at least has the virtue of not presuming to tread beyond the limits of its understanding — and there’s virtually no analysis of the importance of Monk’s music on a technical level. Still, given the magnificence of much of the film’s musical footage, this is mainly quibbling: Monk is heard playing close to two dozen tunes, most of them his own compositions, with his talented quartet and octet in concerts, at rehearsals, and at one recording session, and much of this is remarkable. His sizzling solo on “Evidence,” which opens the film, is alone worth the price of admission. 89 min. (JR)