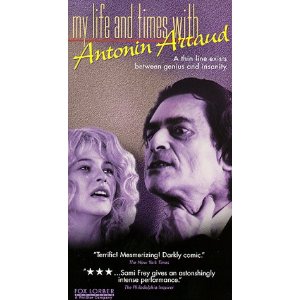 My Life and Times With Antonin Artaud

Written by Mordillat and Jerome Prieur 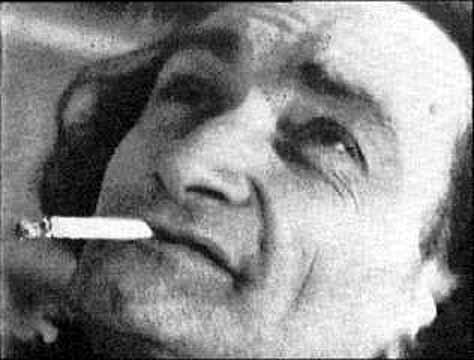 Gerard Mordillat’s 1993 French feature My Life and Times With Antonin Artaud, showing this week at the Music Box, can be regarded only nominally as a biopic. Adapted from the diary of an obscure poet, En compagnie d’Antonin Artaud (which is also the film’s original, superior title), it tells the story of the poet’s relationship with Artaud over a two-year period, from May 1946 to March 1948, when Artaud died at the age of 52. In 1946 Artaud had just returned to Paris after nine years in an insane asylum, and Jacques Prevel befriended him and procured drugs for him, mainly laudanum, opium, and chloral. But the film has relatively little to say about Artaud’s work, except in passing, and virtually nothing about Prevel’s writing apart from his diary. Shot in beautiful, crisp high-contrast black and white, the movie certainly has something to do with the “life and times” of this bohemian duo — and Sami Frey and Marc Barbe do creditable jobs as Artaud and Prevel.… Read more »

Highly personal and informative, Helena Solberg’s feature-length 1994 documentary about Brazilian musical star Carmen Miranda and her complex identities–a Broadway and Hollywood icon who caricatured Brazilian traits, a woman who became a campy “bombshell”–is an eye-opener. A Brazilian-American herself, Solberg may have more invested in this subject than she can handle, but most of what she has to say and show is so interesting and intelligent you’re not likely to object. Facets Multimedia Center, 1517 W. Fullerton, Friday, February 16, 7:00 and 9:00; Saturday and Sunday, February 17 and 18, 3:00, 5:00, 7:00, and 9:00; and Monday through Thursday, February 19 through 22, 7:00 and 9:00; 281-4114.

A Tale of Love

Like her previous works, Trinh T. Minh-ha’s fifth film, her first in 35-millimeter and her first narrative feature, is both beautiful and difficult (1995). The difficulties begin with the title: this is not a tale, and it doesn’t really concern love–though one of its points of departure is “The Tale of Kieu,” the 19th-century Vietnamese national poem of love. Set in San Francisco, the story focuses on a Vietnamese writer named Kieu who works for a women’s magazine and as a photographer’s model to help support her family back in Vietnam. The beauties include the aggressive music score and the oddly contrapuntal mise en scene, which often seems to have a very different agenda from that of the actors. At times a frankly erotic film that interrogates its own eroticism, it challenges the audience as well with its acting styles and disorienting means of storytelling. Clearly not for everyone, but nothing else around is even remotely like it. Kino-Eye Cinema at Chicago Filmmakers, 1543 W. Division, Friday and Saturday, February 16 and 17, 8:00, 384-5533.