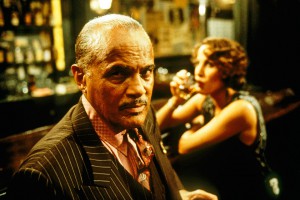 The sets — designed by Stephen Altman — are great, and so is the 30s jazz, but the story of this Robert Altman memory piece about his hometown, written with Frank Barhydt (Short Cuts), is borderline terrible. It counts on the dubious premise that a gangster (Harry Belafonte) would fritter away a whole night deciding what to do with a thief who rips him off — thereby enabling the thief’s significant other (Jennifer Jason Leigh) to kidnap a society lady (Miranda Richardson) and Altman to crosscut to his heart’s content as he exposes the inner workings of a city on the eve of a local election. The conception of character is so limited that the kidnapper’s seems to consist exclusively of Jean Harlow imitations, while the kidnappee’s seems defined only by drug addiction. Charlie Parker and his mother are gratuitously shoehorned into the plot, though some of the movie’s other strategies for imparting period flavor work better. The flip cynicism, which by now has become Altman’s trademark, doesn’t work at all. With Michael Murphy, Dermot Mulroney, and Steve Buscemi. (JR) 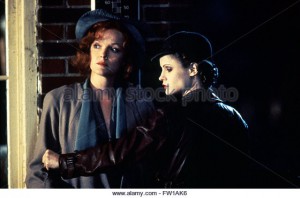