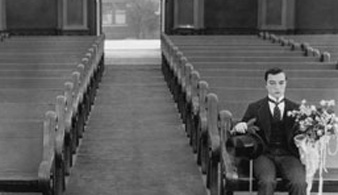 Buster Keaton is a bachelor who stands to inherit a fortune if he finds himself a bride by seven o’clock in this 1925 silent feature, which Dave Kehr has described as “a cubist comedy…based on a principle of geometric progression” from the number seven. Adapted from a stage-bound play by David Belasco, it takes off into the stratosphere only at the climax, but that outlandish chase sequence alone is well worth the price of admission. On the same program: one of Keaton’s greatest shorts, Cops (1922), which he directed with Eddie Cline. Both films will be shown in 35-millimeter prints, and David Drazin will provide live piano accompaniment. Gene Siskel Film Center, 164 N. State, Friday and Saturday, September 21 and 22, 6:15, 312-846-2800. 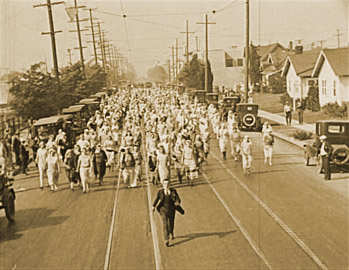