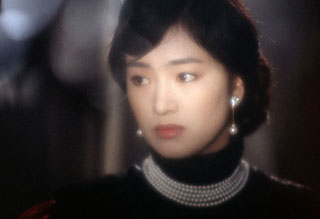 I’ve never been a big fan of Chinese director Chen Kaige’s work, but this opium dream about incestuous longings is clearly his best piece of direction, stylistically voluptuous and pictorial in the best sense. Shot by the remarkable Christopher Doyle, perhaps the most talented cinematographer working in Asia, and starring Gong Li and Leslie Cheung, it’s full of ravishing poetry, even though it isn’t very involving on a narrative level. Since its Cannes premiere it’s been cut by ten minutes or so and decked out with titles intended mainly to clarify the story line and distinguish characters (the usual aim of Miramax’s compulsive meddling), but this has done damage to the film’s hypnotic and hallucinatory rhythms, especially in the early sections. Once one gets past this choppiness, Chen’s use of offscreen sounds as emotional and atmospheric punctuation and his exquisite uses of color, lighting, framing, and camera movement conspire to make this a beautifully overripe example of Baudelairean cinema. Shu Kei wrote the elliptical script, based on a story by the director and Wang Anyi, set in and around Shanghai from 1911 to sometime in the 1920s. Water Tower. (JR) 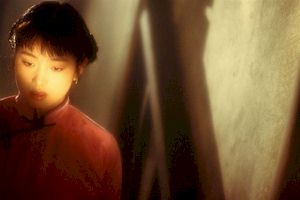