Victor Hugo is a madman who believes he is Victor Hugo, Jean Cocteau reportedly once said, and judging from the adaptations I’ve seen of this Hugo warhorseI still haven’t caught up with the source novelhe must have been a sublime madman at that. In any case, the 129 minutes this film has carved out of the 1,200-page book are certainly vivid. Bille August’s sincere, hokey, and irresistible mounting of Rafael Yglesias’s script shares with Titanic a refusal to look at virtue and vice cynically, though the characters, for all their simplicity, are considerably richer: Jean Valjean (Liam Neeson), emerging from 19 years in prison for stealing a loaf of bread to become an enlightened factory owner and mayor a decade later, and the fanatical Inspector Javert (Geoffrey Rush), a sort of 19th-century J. Edgar Hoover who devotes a lifetime to tracking Valjean down. Uma Thurman makes a swell Fantine and Claire Danes and Hans Matheson are fine as Cosette and her revolutionary lover Marius; the production designer, Anna Asp, also worked on Fanny and Alexander. The pacing never flags and the storylet’s face itis well-nigh unbeatable. (JR)… Read more »

Ira Sachs wrote and directed this stylistically captivating, subtly nuanced, and structurally unpredictable 1996 independent feature. Like Spike Lee’s forthcoming He Got Game, the film focuses on an oedipal scenario that partially hinges on skin color. The central figure is Minh (Thang Chan), the immigrant son of a poor Vietnamese woman and a black American soldier, although his centrality isn’t apparent at first. Most of the first part of the film concerns a well-to-do, sexually confused teenager (Shayne Gray) who picks up Minh for sex, then goes off on a date with his steady girlfriend (whom he mainly ignores) before gravitating back to Minh much later. Because the wholly believable dialogue is more overheard than heard, and because Sachs is interested in showing us a whole Memphis milieu, Minh’s hatred for his father–a mirror image of the racism he encounters in the world around him–doesn’t seem as important at first as we eventually discover it is. If you think contemporary social reality rarely winds up in movies, this feature offers a bracing if mainly low-key exception to the rule. Music Box, Friday through Thursday, April 24 through 30.

An Argentinian film director exiled in Spain tries to become reacquainted with his son Martin (also known as “Hache”), who’s come to Madrid from Buenos Aires to recover from a drug overdose. Two other key characters in the story, and in many respects the most fascinating, are the director’s girlfriend and his gay best friend, who partially play the roles of surrogate parents for the boy. This excellent 1997 Argentinian-Spanish coproduction, directed by Adolfo Aristarain and shown at the last New York Film Festival, carries the kind of personal conviction, novelistic depth, and sense of lived experience that we seldom get in movies nowadays, including complex, three-dimensional characters and a plot that proves as unpredictable as they are. This is the only film I’ve seen at this year’s Chicago Latino Film Festival that I’d consider seeing a second time. (JR)… Read more »

The Object Of My Affection

A social worker (Jennifer Anniston) finds herself falling in love with her gay roommate and best friend (Paul Rudd), an elementary-school teacher, as she becomes pregnant by her lawyer boyfriend (John Pankow), decides to have the baby, and concludes that she can’t live with the father. Adapted by Wendy Wasserstein from Stephen McCauley’s novel and directed by Nicholas Hytner (The Crucible), this entertaining comedy-drama often plays like ideologically upgraded Neil Simon, and though I was grateful for many things in itI especially love the fine shading of an English drama professor played by Nigel HawthorneI never could shake off the impression that the whole thing was propaganda, even if I agreed with everything the propaganda was saying. The mixture of sincerity and sitcom phoniness is bewildering at times, but on some level, I guess, the film works. With Alan Alda, Allison Janney, and Tim Daly. (JR)… Read more »

The release of Fireworks, Takeshi Kitano’s seventh feature, belatedly goaded Quentin Tarantino and Miramax into releasing the writer-director-actor’s fourth (1994, 94 min.) after they’d sat on it for years, thereby making it possible to view this bizarre mannerist artist’s work in an even purer state, without the distractions of sentimentality or lousy paintings. Another gangster tale, this one features Beat Takeshi (as he’s affectionately known in Japan) as an underboss ordered to settle a dispute between two warring gangs in Okinawa. After losing several of his regulars and then finding out that his services weren’t even necessary, he and his surviving stooges hide out and goof off on a remote beach. Like Fireworks, this basically becomes a movie about waiting. Even if you’re like me and find Kitano’s films relatively empty apart from his self-parodic macho stoicism and quizzical style, these qualities alone provide quite an eyeful and earful; preternatural quiet and stillness alternate with flurries of loud violence in a manner that is singularly his, and the colors and compositions are riveting. The deadpan humor is somewhere east of Harry Langdon and north of Jacques Tati, though far from humanist. Attitude is everything, and if you get into his moodsI do about half the timethat’s plenty.… Read more » 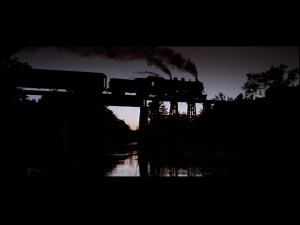 Though scoffed at by some professional Jews, writer-director Boaz Yakin’s 1997 second feature (after Fresh), about the painful break of a young wife and mother (Renee Zellweger) from her husband and Hasidic community in Brooklyn’s Borough Park, is for me a potent and very moving polemic about the oppressive misogyny often found in Orthodox Jewish life, predicated on a kind of patriarchal mind-set that seems surprisingly close to attitudes found throughout the Middle East. After becoming involved in the jewelry business through her husband’s double-dealing brother (Christopher Eccleston), the heroine finds herself drifting further and further from her family; once she begins to champion the work of a Puerto Rican artist who makes jewelry (Allen Payne), her ejection from the Orthodox Jewish community becomes total. Yakin isn’t always successful in shoehorning various forms of magical realism–appearances of the heroine’s late brother and a spectral bag lady–into the story, and the denouement, like some of the events preceding it, may seem a bit overdetermined. But this is still a powerful and persuasively acted piece of dramatic agitprop about a neglected subject, provocative and spellbinding. 900 N. Michigan. –Jonathan Rosenbaum

Roger & Me’s Michael Moore videotapes his own tour to promote his best-selling book, Downsize This!, and the results are both energizing and exasperating. Energizing because virtually no one else in the U.S. mainstream is dealing as directly, honestly, comprehensively, and confrontationally with the outsize corporate greed that has been eroding the quality of American life; exasperating because Moore deals with it all in terms of humor, which often short-circuits his discourse by turning it into light entertainmentcause for bitter amusement and more cynicism rather than for actual change. Only during a few moments of this 1997 moviemost noticeably a radio interview with Studs Terkeldoes he put the brakes on his banter and give us his message straight. With or without the banter, what he has to say is indispensable, yet it seems that the more we laugh the more we revel in our own impotence and helplessness. 90 min. (JR)… Read more » 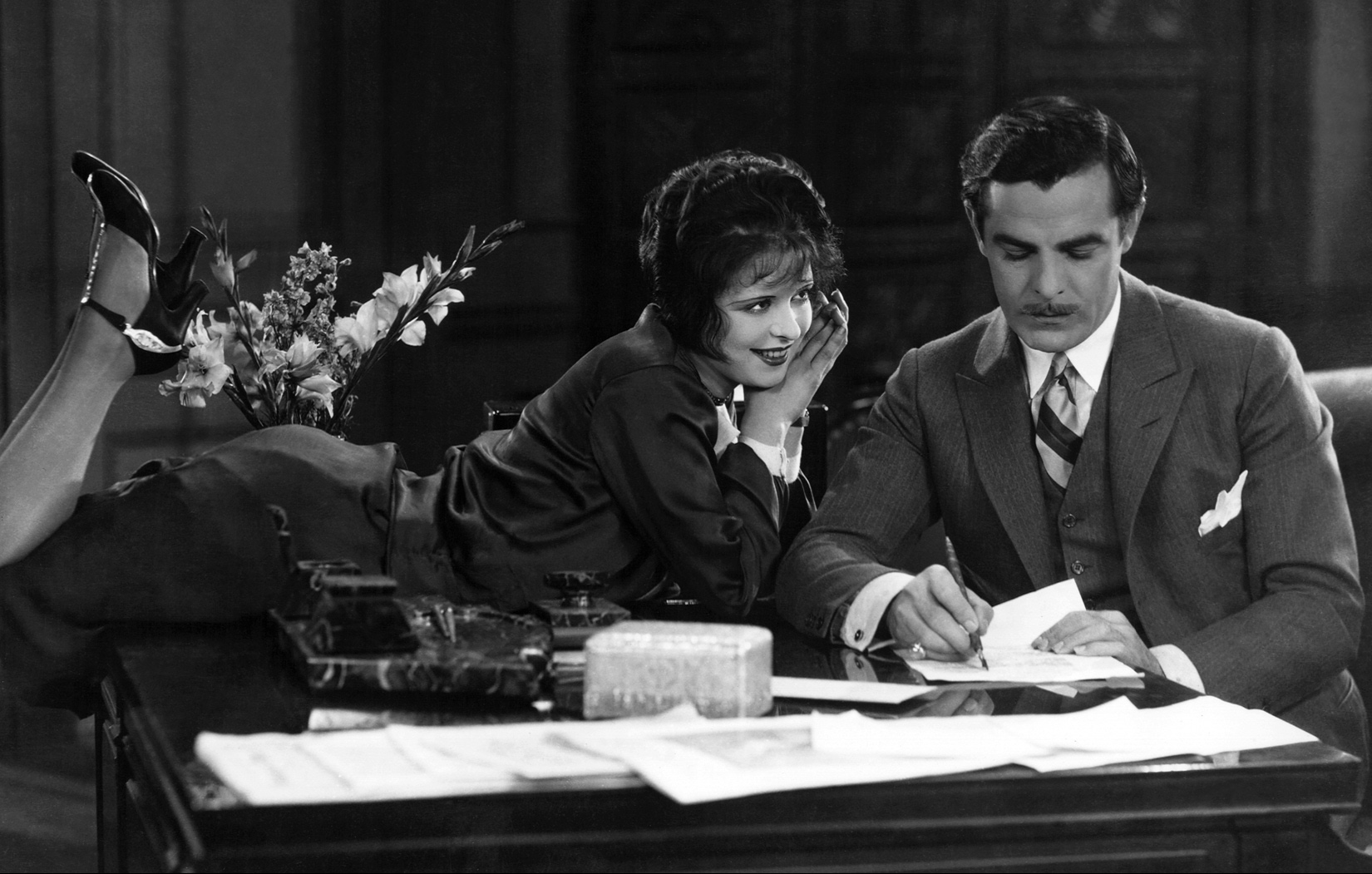 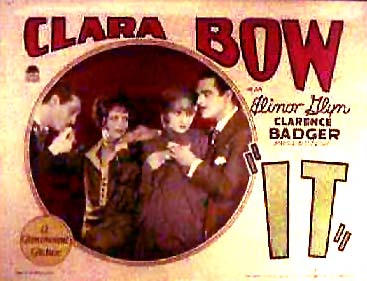 While raising his son in Boston, Ross McElwee (Sherman’s March) contemplates the state of the world as implied by human disasters on the six o’clock news, chases down some of the victims, and occasionally gets them to ruminate on-camera. This 1996 film has some absorbing bits—including two segments with McElwee’s former teacher and friend Charleen (who’s graced all his major films to date) and another with a Korean millionaire in the deep south who’s feeling his way into a new marriage while trying to get over the murder of his previous wife—but it often comes across as willful autobiography predicated on the autobiographer finding new material. As always, McElwee gets a certain mileage out of his bemused, laconic persona, but the other people’s stories carry most of the interest. (JR)… Read more »

This romantic comedy by writer-director Peter Howitt is built around the intriguing narrative premise of exploring all the things that might have ensued if a young woman in London (Gwyneth Paltrow) who’s just lost her job at a PR firm hadn’t missed her train. Through parallel editing that Howitt makes surprisingly easy to follow, two disparate story lines unfold in parallel universes. Unfortunately, once the freshness of the concept wears off, the same premise starts to feel mechanical and willful. With John Hannah, John Lynch, Jeanne Tripplehorn, and Zara Turner. (JR)… Read more »

A university professor in Turin (Nanni Moretti) has a chance meeting with the woman who tried to kill him 12 years earlier in a terrorist attack. Mimmo Calopresti directed this 1996 Italian feature, which will be shown on video without subtitles.… Read more »

The memorable swan song of former Harvard psychology professor, LSD guru, and political mischief maker Timothy Leary, launched when he discovered he had incurable cancer in mid-1995. This documentary by Paul Davids, cowritten with Todd Easton Mills, comprises his cheerful last rites, including his plan to have his brain frozen after death in the hope that it might get transplanted some day. Deliberately shocking in spots, gleefully irreverent, often downright sensible, this is a fitting and fairly entertaining final gesture from a revolutionary charlatan/visionary who occasionally gave evidence of having thoughts. Worth checking out, and the musicby the Moody Blues, Jimmie Rodgers, and othersisn’t bad either. (JR)… Read more »