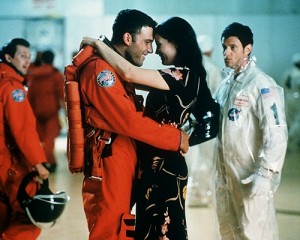 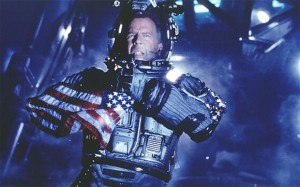 It’s In The Water

Lightly comic agitprop about homophobic bigotry in a small southern townsincere, hokey, and artlessby first-time writer-director Kelli Herd. Various complications ensue when the rumor spreads that something in the drinking water turns people gay. In spite of a couple of able actors (Keri Jo Chapman and Teresa Garrett) as the two leadsestranged wives and best friends who become loversmost of the performances and direction call to mind little theater productions, and the storytelling and sense of character remind me of porn films. I can sympathize with this movie’s reactive essentialism, which seems to imply that straights are as one-dimensional as they seem to think gays are, but I find it hard to stay interested in the reductive sense of human personality that levels everyone in the movie regardless of his or her sexual preference. With Derrick Sanders, Timothy Vahle, and Barbara Lasater. (JR)… Read more »