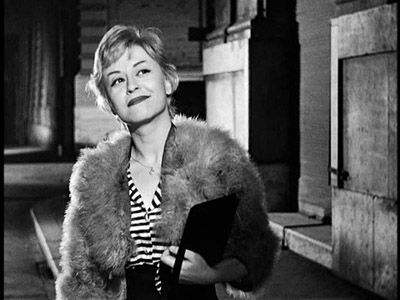 Federico Fellini’s restored 1957 masterpiece, starring his wife, Giulietta Masina. Though the additional scene — an incident involving a man who distributes food and clothing to the homeless — may have little consequence in terms of the overall plot, it changes one’s thematic and spiritual sense of the whole film. The story basically consists of five lengthy episodes in the life and career of a prostitute who repeatedly becomes disillusioned but keeps finding the resources to believe in romantic love just the same. Masina’s exaggerated grimaces and clownlike features, which hark back to the tradition of silent comics, are undoubtedly mannerist, but part of Fellini’s mastery is to make them necessary correlatives to his own vision of innocence. Too melodramatic and fanciful in turn to qualify as neorealism in the usual sense, despite the gritty Roman street slang contributed by Pier Paolo Pasolini, this gains immeasurably, like many other Fellini films, from Nino Rota’s wistful music. In Italian with subtitles. 117 min. (JR) 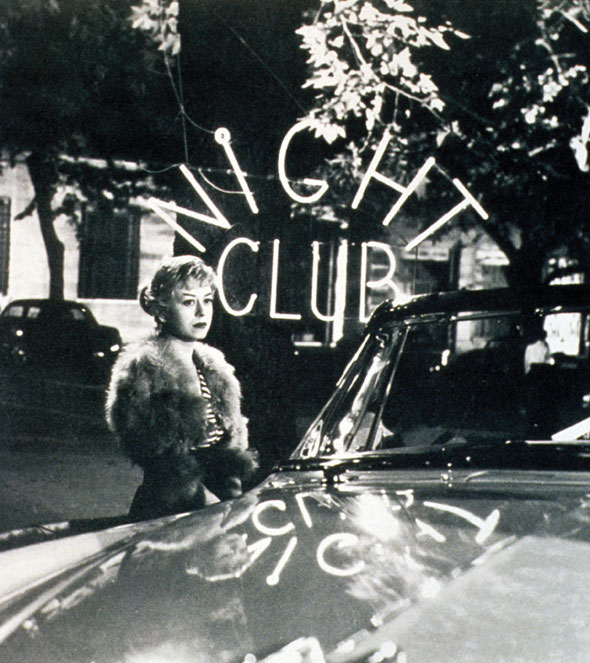