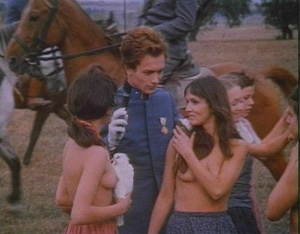 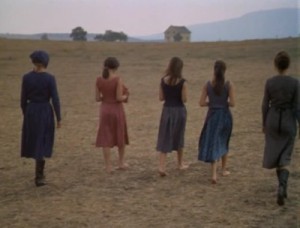 East Side Story, a recent documentary about communist musicals, assumes that communist-bloc directors were just itching to make Hollywood extravaganzas and invariably wound up looking strained, square, and ill equipped. But Red Psalm (1971), Miklos Jancso’s dazzling, open-air revolutionary pageant, is a highly sensual communist musical that employs occasional nudity as lyrically as the singing, dancing, and nature; within its own idioms it swings as well as wails. Set near the end of the 19th century, when a group of peasants have demanded basic rights from a landowner and soldiers arrive on horseback, it’s composed of less than 30 shots, each one an intricate choreography of panning camera, landscape, and clustered bodies. Jancso’s awesome fusion of form with content and politics with poetry equals the exciting innovations of the French New Wave in the 60s and early 70s. The music, ranging from revolutionary folk songs to {Charlie Is My Darlin’,} will keep playing in your head for days, and the colors are ravishing. The picture won Jancso a best director prize at Cannes, and it may well be the greatest Hungarian film of the 60s and 70s, summing up an entire strain in his work that lamentably has been forgotten here. The Hungarian title means {And the People Still Ask,} and one of Jancso’s characteristic achievements is to create a striking continuum between past and present, a sense of immediacy about history that can be found in few other period films. (JR) 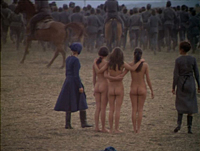 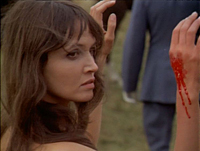