Jafar Panahi followed his debut feature, The White Balloon, with this 1997 story of a little girl in downtown Tehran who waits for her mother to pick her up from school and eventually decides to make her way home alone; finally Panahi shifts his focus to the making of the film itself. If you haven’t seen any Iranian pictures this may seem fresh, but if you know Abbas Kiarostami or Mohsen Makhmalbaf it’s likely to seem familiar. Kiarostami furnished the story for The White Balloon, and without his input Panahi seems stuck for a resolution to the narrative, though his documentary-style handling of both actors and everyday street life remains acute. (JR)… Read more »

An intelligent and informative feature-length documentary (1999) by Canadian filmmaker Nettie Wild about the Zapatista movement and uprising in southern Mexico, concentrating on events that occurred between 1994 and 1997. The film focuses mainly (and cogently) on the struggles of the Zapatista National Liberation Army in Mexico and in cyberspace, but it also allows the government-allied paramilitary group north of Chiapas, which calls itself Peace and Justice, to speak on its own behalf (when it isn’t assaulting the film crew). This is sturdy as well as stirring political filmmaking that asks all the right questions, including ones about the role of the U.S. in the outcome. 89 min. (JR)… Read more »

Tom Cudworth’s script about the lives and loves of theater and music hopefuls working at a Hoboken restaurant is pretty familiar stuff, but the performancesby Adrien Brody, Elise Neal, Simon Baker-Denny, and Lauryn Hillare relatively fresh and sincere. The main strand of the story involves a relationship between a white playwright (Brody) and a black singer (Neal), but the secondary characters are as well-defined as the leads. Eric Bross directed this 1998 independent feature.107 min. (JR)… Read more »

Activist-filmmaker Maggie Hadleigh-West got so tired of being stared at and harassed on the street that she decided to fight back and started filming as well as interrogating the men bugging her. Usually she held one camera while behind her a camerawoman held another, and she carried out this counteraggression in several American cities, meanwhile recounting the experiences of other women who didn… Read more »

A daydreaming teenager (Donald Adeosun Faison) nearing graduation is the hero of this feeble and routine African-American comedy, a sort of Secret Life of Walter Mitty reconfigured for the teen market. Written by Gary Hardwick and directed by David Raynr; with Maia Campbell, Deon Richmond, and Guy Torry. (JR)… Read more » 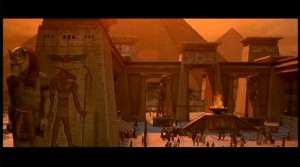 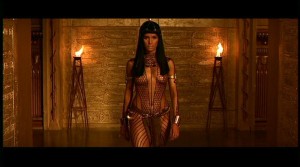 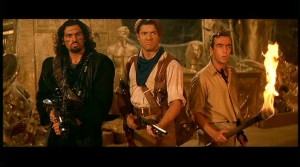 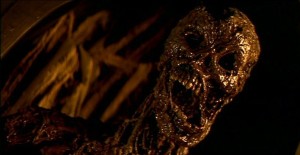 Set during the final days of World War II on a Japanese island containing a factory and prison camp, this late (1998) feature by Shohei Imamura is a serious yet cockeyed farce about a comically obsessed middle-aged doctor (Akira Emoto, the creepy con in The Eel) who makes the rounds of the island convinced that a hepatitis epidemic is sweeping Japan and his motley gang of helpers, which includes a young prostitute, a drunken and licentious monk, and a morphine-addicted surgeon. Beautifully realized on every level, this is a masterpiece that manages to combine low comedy and earthy humanity with apocalyptic profundity and terse wisdom; it’s not just a portrait of Japan in general and a closely knit community in particular, but a rousing black comedy about life and the world. In Japanese with subtitles. 128 min. (JR)… Read more »

Sincere and lachrymose, directorially ham-fisted, and terminally sappy, Roberto Benigni’s 1997 movie about Italian fascism and the Holocaust makes Schindler’s List look like social realism. The simple plot concerns a simple, good-hearted, and partly Jewish dreamer (Benigni), the proper schoolteacher he woos and marries (Nicoletta Braschi, Benigni’s real-life wife), and their little boy. The first half or so coasts along on a certain amount of charm attached to Benigni’s charismatic mugging, but when father and son wind up at a concentration camp and the father contrives to explain their hardships in terms of an invented game, the indifference of the proceedings and the hero’s slapstick behavior to the everyday realities of the camps borders on the nauseating. In Italian with subtitles. 116 min. (JR)… Read more »