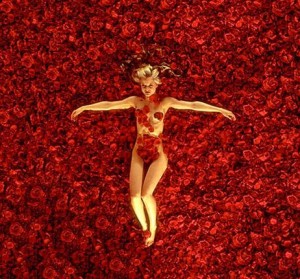 An unusually clever and shrewdly corrupt first feature (1999) by English stage director Sam Mendes and writer Alan Ball, this deftly juggles satire about contemporary consumerist America (sexual obsession, gun worship, working out, capitalism) and fanciful wish fulfillment in the duplicitous Hollywood manner of The Graduate and Risky Business. Kevin Spacey, at his best, plays the disgruntled hero whose lust for his teenage daughter’s best friend (Mena Suvari) gives him a new lease on life; Annette Bening does her best with the more caricatured part of his shrewish wife. But the moral heroes here are their teenage daughter (Thora Birch) and her weird and secretive next-door neighbor (Wes Bentley), both thoroughly and understandably disgusted with the adult world. Mendes uses the superlative cinematography of Conrad Hall to excellent advantage, has a sharp sense for how to employ pop music, and moves back and forth between reality and fantasy without missing a beat; Ball has an uncanny ability to make disparate characters suddenly rhyme with one another. With Chris Cooper and Peter Gallagher. R, 121 min. (JR) 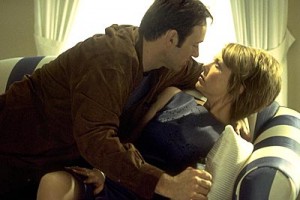 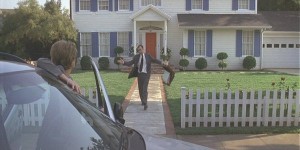