Makhmalbaf and Dostoevsky: A Limited Comparison

I’d completely forgotten about my having written this piece until I came across it recently here, complete with the photo of me (apparently in late 1999) delivering this paper at a panel discussion in Chicago. Apart from correcting a few typos and adding some other photos, I’ve reproduced it here more or less as I found it.  (Afterword, April 2, 2015: I’ve done a light edit on this.) — J.R. 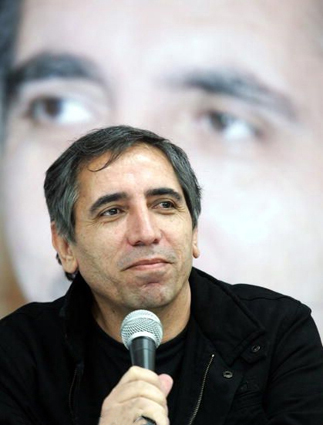 It’s tempting but dangerous to approach artists from exotic cultures in terms of more familiar reference points such as comparing Zhang Yimou’s Ju Dou to The Postman Always Rings Twice or reading Souleymane Cissé’s Brightness as if it were an African Star Wars, as some American and English critics have done. Yet to describe the styles and visions of the two major Iranian filmmakers of the Eighties and Nineties, Abbas Kiarostami and Mohsen Makhmalbaf, I’ve been exploring comparisons to Leo Tolstoy and Fyodor Dostoevsky — a project obviously fraught with booby traps, but one that none the less clarifies some of the important differences between these two major figures. 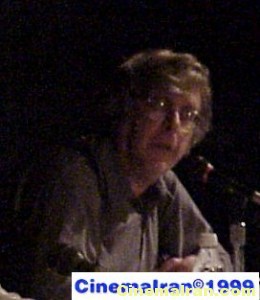 A key difference which has only an oblique relevance to my comparison is that Makhmalbaf has been the most popular and respected filmmaker in Iran in recent years, despite his many run-ins with state censors, while Kiarostami is a hero principally elsewhere.… Read more »