The prolific Japanese director Kiyoshi Kurosawa has been at work for nearly two decades, sometimes making straight-to-video features but more recently receiving some belated international recognition. This month the Film Center will show 35-millimeter prints of a half dozen of his recent thrillers, made between 1996 and 2000, and I can recommend all three that I’ve seen–though not without certain caveats. All three are fairly grisly, though Kurosawa’s frequent long shots impart a cool, detached tone to the cruelty and violence. And his plots can be difficult to understand, though his visual style is so riveting you might not mind. Eyes of the Spider and Serpent’s Path, rhyming companion pieces made in 1997, both star Shoh Aikawa and involve yakuza intrigues and a father tracking down the men who kidnapped and killed his little girl; I often couldn’t figure out who was doing what to whom, but I didn’t much care, because the visual sweep of the former and the claustrophobia of the latter were both compelling. The engrossing Cure (1998), which is getting an extended run, stars Koji Yakusho (Shall We Dance?, The Eel) as a troubled detective exploring a series of murders committed through hypnotic suggestion (as in The Manchurian Candidate), and while its creepy mystery plot is easy enough to follow even when it turns metaphysical, it’s unsatisfying as a story precisely because it aspires to create a mounting sense of dread by enlarging questions rather than answering them.… Read more » 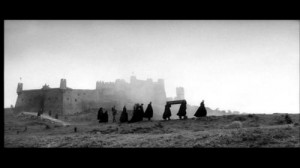 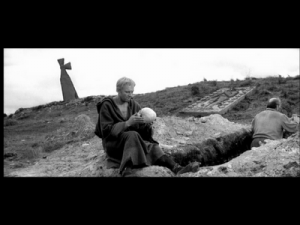