Roberto Benigni (Life Is Beautiful) wrote, directed, and stars in this live-action adaptation of Carlo Collodi’s late-19th-century novel, with his partner Nicoletta Braschi cast as the Blue Fairy. The recut American version is truly awful, but a good 75 percent of the awfulness is attributable to Miramax, the film’s distributor. Collodi’s The Adventures of Pinocchio is so quintessentially Italian that it loses much of its meaning and most of its flavor when its Italianness is removedwhich is precisely what’s accomplished by the slipshod and badly lip-synched dubbing here, leaving the remainder of the film a wreck. The 1940 Walt Disney animated feature also took away many of the Italian elements, but at least that film had a vision of its own. This one seems bent only on reducing and confusing Benigni’s eccentric vision with poorly matched American and English accents (from Breckin Meyer, Glenn Close, John Cleese, Cheech Marin, and Queen Latifah, among others) and reediting that ironically slows the brisk pace of the original. I found the latter overly sentimental, like much of Benigni, but still an honest effort to approximate Collodi’s story, which is a good deal rougher and creepier than the Disney version. 108 min. (JR)… Read more »

Jean-Luc Godard once described this lush 1965 studio effort as a couple of bakers filming their families on weekends in Super-8. In fact it’s Vincente Minnelli filming Elizabeth Taylor, Richard Burton, Eva Marie Saint, and Charles Bronson in 35-millimeter ‘Scope, and doing what he can with a campy script by Dalton Trumbo and Michael Wilson. Taylor plays a beatnik living with her illegitimate son in Big Sur who falls in love with Burton, a married minister. The film’s theme, “The Shadow of Your Smile,” won an Oscar, but the story is strictly from hunger. 116 min. (JR) 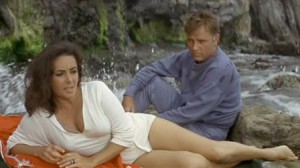 Catch Me If You Can

Steven Spielberg’s portrait of a 60s teenage con artist (a nimble performance by Leonardo DiCaprio) is based on the real-life exploits of Frank W. Abagnale but played more for myth than believability. Spielberg’s gripping patriarchal obsessionsseen in Abagnale’s relationship with his father (Christopher Walken) and the stolid FBI agent (Tom Hanks) pursuing himcarry this jaunty picture for its entire 140 minutes, and it’s nice to see him returning to a relatively light mode. In fact, the pacing is so agreeable you might not notice the blatant contempt for the women charactersall of whom turn out to be betrayers, whores, bimbos, or combinations of sameuntil after you leave the theater. Jeff Nathanson wrote the screenplay; with Nathalie Baye and Martin Sheen (2002). (JR)… Read more »

An Angel In Krakow

The sound on the preview tape was so defective that I gave up watching, but I caught enough of this Polish feature’s striking visuals and wacky humor (both somewhat Felliniesque) to regret the loss. The goofy plot concerns an angel named Giordano (Krzysztof Globisz) who loves rock so much and spends so much time in purgatory with singers like Elvis that he gets banished to earth with instructions to perform one kind deed per day. In Krakow, where he remains in phone contact with the folks upstairs, he meets a single mother and street sausage vendor (Ewa Kaim). Artur Wiecek Baron directed and cowrote this feature, in Polish with subtitles. 89 min. (JR)… Read more »

It’s hard to think of another movie named after its screenwriterAntwone Fisher giving us a version of his real-life story. Denzel Washington’s directorial debut reminds me of a 60s British movie called The Mark: it’s liberal minded, heartwarming, sincere, and consequently somewhat old-fashioned and stodgy. It’s the story of a black sailor (Derek Luke) with a violent temper who plumbs the depths of his bleak and abusive past aided by a sensitive psychiatrist (Washington). The sincerity and seeming authenticity of this effort carried and even moved me, though I’m not sure whether it taught me anything I didn’t already know. With Joy Bryant. 113 min. (JR)… Read more » 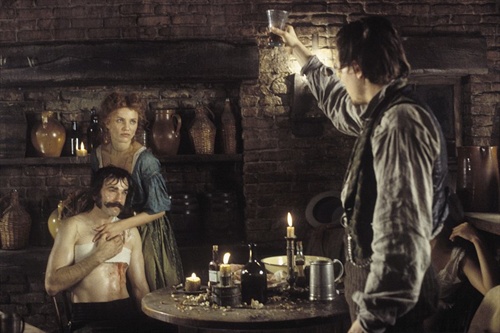 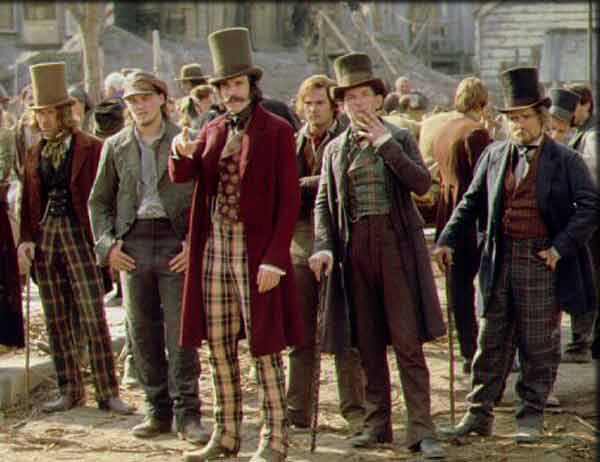 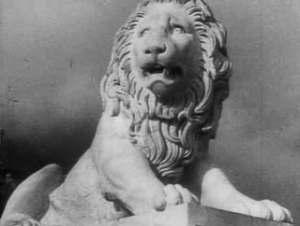 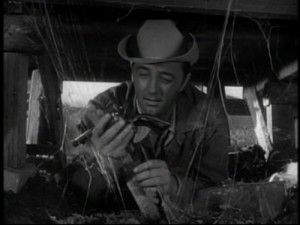 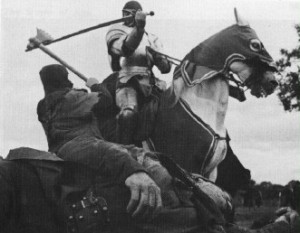 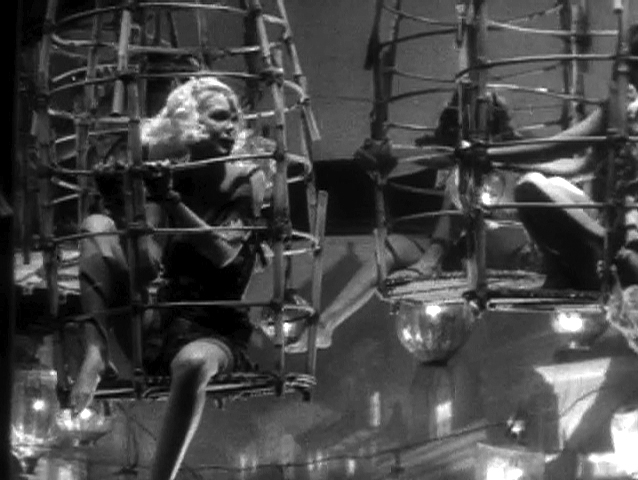 Scorsese once described his concept of the film as a western set on Mars, which adds two more playgrounds to the above list and helps explain the kind of historical fantasy he had in mind. I know little about New York’s early history, yet I was impressed by how thoroughly he wanted to steep me in its otherness.… Read more »

It’s the early 50s, and an apolitical Hollywood screenwriter (Jim Carrey) who’s just been blacklisted suffers a car accident and forgets who he is. He finds himself in a small northern California town, where he’s mistaken for a long-lost World War II hero whose father (Martin Landau) used to operate the local movie palace. When nostalgia, hypocrisy, and indifference to history converge in the kind of shameless Capracorn manufactured here, one can either be stupefied by the filmmakers’ cynicism or fall for the package hook, line, and sinker. If you’re able to conclude, like the hero, that movies aren’t a part of life anywaywhich is why he can remember The Life of Emile Zola but not who he isyou might take a tumble. I didn’t. Michael Sloane scripted this drama, and Frank Darabont produced and directed; with Laurie Holden, David Ogden Stiers, and James Whitmore. 150 min. (JR)… Read more »

John Ford’s only feature with a Civil War setting (1959), starring John Wayne as a Union colonel leading the cavalry behind Confederate lines and William Holden as the doctor who accompanies him. This isn’t considered one of Ford’s major workspartly, I suspect, because Holden isn’t a very Fordian presence and partly because stories told from the Union perspective rarely come off. The secondary cast includes Constance Towers, Hoot Gibson, and Strother Martin; John Lee Mahin and Martin Rackin signed the script. 119 min. (JR)… Read more »

A murky, pretentious, unpleasant macho parable (2001) from Spanish filmmaker Juan Carlos Fresnadillo about a holocaust survivor (Max von Sydow) who runs a casino and is obsessed with other people’s luck, especially people who, like himself, have survived disasters. These he obliges to play a form of Russian roulette. The film’s a swell way of torturing yourself for 108 minutes. With Eusebio Poncela, Leonardo Sbaraglia, and Monica Lopez. In Spanish with subtitles. (JR)… Read more »

No, Or The Vainglory Of Command

One of the most ambitious and accomplished works by Portugal’s premier filmmaker, Manoel de Oliveirawho turns 94 this month and is still fully active. Made in 1990, it contrives to tell the entire history of Portugal through a series of stories a Portuguese lieutenant uses to distract his colonial troops in Angola in 1973. This being Oliveira, you should expect the unexpected; the wordless opening sequence focuses on a massive tree. In Portuguese with subtitles. 110 min. (JR)… Read more »

A successful novelist in suburban Paris (Sandrine Kiberlain) loses her young son in an accident, so her disturbed mother (Nicole Garcia), who suffers from the blood imbalance porphyria, steals the unwanted son of a hooker from the projects as a replacement. Writer-director Claude Miller is a capable storyteller, and this 2001 semithriller, adapted from Ruth Rendell’s Tree of Hands, held me through its intricate plotting and often fascinating notations of class difference. As long as Miller simply crosscuts between the machinations of the three mothers, the sociological and psychological parallels are intriguing, but when they’re forced to share the same story line, the contrivances and coincidences begin to seem fussily elaborate. In French with subtitles; the original and more descriptive title is Betty Fisher et autres histoires. 101 min. (JR)… Read more »

The Trials Of Henry Kissinger

Derived from Christopher Hitchens’s book-length indictment of Kissinger for war crimes, this BBC documentary by Alex Gibney and Eugene Jarecki is easy to like from the moment you hear the strains of Lush Life at the beginning, and it provides a valuable refresher course in our less-acknowledged methods of meddling in the affairs of other countries, killing many innocent people in the process. But I soon began to wonder why the filmmakers insist on personalizingand thereby mystifyingthe institutional policies implementing this mischief, and whether Hitchens’s own brand of Vanity Fair star politics (which apparently focuses on Kissinger because he attends some of the same parties) led to his recent swerve to the right and his endorsement of Bush’s preemptive war tactics. In any event, Gibney and Jarecki deserve credit for opening this can of worms. 80 min. (JR)… Read more »

I haven’t read Michael Cunningham’s novel, which presumably tries to capture the postmodernist essence of Virginia Woolf and her novel Mrs. Dalloway in three interwoven stories about three characters in different periods: Woolf in the 20s, an LA housewife in the 50s, and a woman in contemporary Manhattan. But David Hare’s screen adaptation, directed by Stephen Daldryclearly conceived as a showcase for three talented actresses (Nicole Kidman as Woolf, Julianne Moore as the housewife, and Meryl Streep as the New Yorker)reduces Woolf and her art to a set of feminist stances and a few plot points, without reference to style or form. Kidman manages something closer to impersonation than performance (for which she won an Oscar), and Moore gets beyond mannerism only when she reappears in the present; only Streep, in a less demanding part, comes out clearly ahead. With Ed Harris, Claire Danes, Jeff Daniels (especially good), John C. Reilly, and Toni Collette. 114 min. (JR)… Read more »

A Place In The Sun 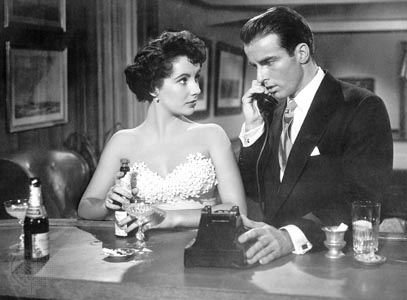 George Stevens’s overblown, Oscar-laden adaption of An American Tragedy (1951, 122 min.) is hopelessly inadequate as a reading of Dreiser’s great novel, and as usual Stevens seems too preoccupied with the story’s monumentality to have much curiosity about its characters. But William C. Mellor’s cinematography and the star power of Montgomery Clift and Elizabeth Taylor manage to keep this going. Michael Wilson and Harry Brown wrote the script, and Shelley Winters gives a good performance in a thankless part. (JR)… Read more »