David Gordon Green sometimes comes across as a gifted poet who hasn’t yet mastered prose; his characters and images are memorable, but this story about working-class kids, most of them black, in a small town in North Carolina is elusive and occasionally puzzling. Working with nonprofessional actors who improvise some of their dialogue, Green seems at certain junctures to be brandishing strangeness like a crown, but the lyricism of his ‘Scope framings, junkyard settings, and extremely vulnerable teenage characters registers loud and clear even when some of his ideas come across as amorphous or self-conscious. Though the film isn’t especially violent, particularly by contemporary standards, it arguably has more to say about the desperation behind the Columbine High School killings than any number of editorials. You have to bring a lot of yourself to this film if you want it to give something back, but the rewards are considerable. 89 min. (JR)… Read more »

A considerable departure for Chantal Akerman: not only her first truly literary film (2000), but perhaps the one that works best in narrative terms. Inspired by the Albertine story that consumes two volumes of Remembrance of Things Past and coscripted by Dutch filmmaker Eric de Kuyper, this is ultimately a better Proust adaptation than Raul Ruiz’s Time Regained, despiteor maybe because ofthe fact that it’s much freer, even to the point of altering plot and providing a feminist critique of the original. The subject is unlimited male jealousy, the settings all upper-class and elegant. Beginning like Vertigo (a conscious reference) and at times evoking Les dames du Bois de Boulogne in its crafty handling of period (i.e., contemporary in a way that evokes the past), this is less painterly than much of Akerman, even though it’s gorgeous to look at. With Stanislas Merhar and Sylvie Testud. In French with subtitles. 118 min. (JR)… Read more »

The title of Clara Law’s oddball Australian feature refers to the vintage, salmon-colored Citroien DS driven cross-country by a young Tokyo snake collector and a blind young woman towards its original owner, an insane and abusive grandfather. I found the plot of this film, including its scattershot time structure and its ambivalent take on countercultural attitudes, both difficult to follow and needlessly pretentious, but Dion Beebe’s cinematography is so breathtakingly beautifulcin terms of lighting and splashy colors, spacious outback skyscapes as well as solarized impressions of Tokyothat I never came close to losing interest. Rose Byrne as the blind girl won the best actress prize in venice, but I’m not sure why. Much worthier of attention is the loony script by Law and her cowriter Eddie L.C. Fong (another Hong Kong emigre), who also worked together with Beebe on Floating Life, and Law’s highly inventive ways of putting this eclectic film together. The Citroen DS, inclidentally, is the subject of an essay in Roland Barthes’s Mythologies, a book acknowledged in the closing credits. (JR)… Read more » 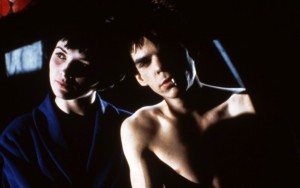 One festival brochure described this 1986 feature as a dazzling film noir thriller, yet the distinctive talents of French director Leos Carax have relatively little to do with storytelling. The vaguely paranoid plot concerns a couple of thieves (Michel Piccoli, Hans Meyer) hiring the son (Denis Lavant) of a recently deceased partner to help them steal a cure to an AIDS-like virus, but the noir and SF trappings are so feeble that they function at best as a framing device, a means for Carax to tighten his canvas. The real meat of this movie is his total absorption in the wonderful leads, Lavant and Juliette Binoche, which comes to fruition during the former’s lengthy attempt to seduce the latter, an extended nocturnal encounter that the various genre elements serve only to hold in place. The true source of Carax’s style is neither Truffaut nor Godard but the silent cinema, with its melancholy, its innocence, its poetics of close-up, gesture, and the mysteries of personality. In French with subtitles. 119 min. (JR)… Read more »

It’s obvious that Ben Berkowitz and Benjamin Redgrave were thinking of John Cassavetes’s Shadows (1960) when they made this impressive Chicago-based feature. Both features grew out of acting classes, and both have titles that relate allegorically to their themes, with sexual orientation playing a role in Straightman similar to that of race in Shadows. Berkowitz (who also directed) plays the heterosexual manager of a comedy club, and Redgrave plays his best friend, a construction worker; the two become flatmates after losing their girlfriends, and only later does Redgrave admit that he’s gay. The two Bens dominate the proceedings, making this more a two-man show than a genuine ensemble piece. None of the other able actors is given enough time or leeway to establish herself or himself as completely as we might like, and the plot doesn’t seem fully shaped and concludes rather awkwardly and arbitrarily. But both these cavils are minor next to the sizable achievements of this feature, a recipient of a 1999 Chicago Underground Film Fund grant. 101 min. (JR)… Read more »

A creepy but not especially edifying documentary feature (1999, 128 min.), directed by Eyal Silvan and written by him and Rony Brauman, compiled from 350 hours of previously inaccessible video footage recorded by Leo Hurwitz chronicling the trial of Adolf Eichmann in Jerusalem in the early 1960s. The opportunity to spend a couple of hours looking at Eichmann’s pinched, unyielding features yields plenty of questionsmany of them dealt with in Hannah Arendt’s controversial but definitive book of reportage and analysis, Eichmann in Jerusalem, which this film claims to have been inspired by. What’s most conspicuously missing is the kind of background information needed to assess many of Eichmann’s statements. Alas, the major response of this film to questions of this sort is unsatisfying rhetoric that comes across as morally tacky: passages of musique concrete used periodically to accompany the footage with intimations of mental anguish, and various avant-garde editing proceduresmost noticeably a flurry of jump cutsthrown in at various points to juice up the proceedings. (JR)… Read more »

Joe Dante’s biggest hit (1984) to date, in which cuddly Spielbergian pets turn into vicious beasties, led Dave Kehr to conclude, Dante is perhaps the first filmmaker since Frank Tashlin to base his style on the formal free-for-all of animated cartoons; he is also utterly heartless. I agree with the first premise but not the second: Dante’s subversive and occasionally unnerving high jinks with the processes of movie watching reveal not only a skepticism toward the media (and the reflexes of a passionate film buff) but also a profound respect for the viewer (amplified later by his war trilogy of Matinee, The Second Civil War, and Small Soldiers). What’s confusing yet ultimately illuminating is the way his gremlins function as a free-floating metaphor, suggesting at separate junctures everything from teenagers to blacks to various Freudian suppressions. With Zach Galligan and Hoyt Axton. PG, 111 min. (JR)… Read more »

Clint Eastwoodwho directed and stars in this adventure, about four long-in-the-tooth former air force pilots who convince NASA to send them into orbit to fix a Russian satellitesuggested at the time that it would be his last feature. We’re lucky it wasn’t. Apart from some strained cold war nostalgia contrived to churn up suspense over whether, in effect, the commies still intend to nuke us, this is an unpretentious action comedy about aging, with several backward glances at Eastwood’s previous films. (Is that monkey in the opening sequence a mere coincidence?) The special effects are beautifully handled and the reflections on death attractively peaceful. Eastwood’s fellow pilots are Tommy Lee Jones, James Garner, and Donald Sutherlandall fairly relaxed, as are Marcia Gay Harden, William Devane, Loren Dean, Courtney B. Vance, and James Cromwell; Ken Kaufman and Howard Klausner are credited with the script (2000). 129 min. (JR)… Read more »

Rock Hudson narrates this patronizing studio documentary about Marilyn Monroe, done in 1963. Better jobs have been done since, though this has plenty of clips. 83 min. (JR)… Read more » 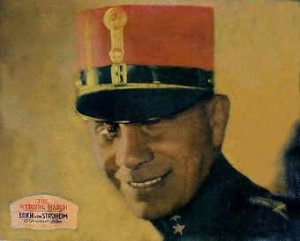 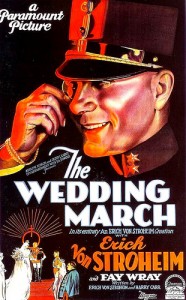 English kitchen-sink realism isn’t ordinarily my cup of tea, but the way Australian writer-director-coproducer Fred Schepisi follows four friends across 40 years creates such a lovely mosaic, acted with such heart, power, and flavor, that I was hooked from the start. It’s a tale anchored around the delivery of a butcher’s ashes to Margate by three of his former pub mates (Tom Courtenay, David Hemmings, Bob Hoskins) and his resentful son (Ray Winstone). Michael Caine plays the butcher in flashbacks, and it’s one of his strongest performances; no less affecting is Helen Mirren as his wife. (I assume the absence of Oscar nominations must have something to do with studio politics.) Adapted from Graham Swift’s Booker Prize-winning novel, this 2001 movie will probably mean the most to viewers old enough to know who Courtenay and Hemmings are and thus to ponder what age has done to their faces, though the actors found to play them and the others in their youth are uncannily persuasive. The personal investments of the lead actors in their parts are palpable; you don’t have to know that Caine is staying in the same hospital where his real-life father (a fish porter) died to recognize that he feels this character down to his marrow.… Read more »