The Spirit Of St. Louis

Not one of Billy Wilder’s best efforts, this lengthy 1957 account of Lindbergh’s flight across the Atlantic, shot in CinemaScope, still has some interest because of James Stewart’s performance, which is very nearly a one-man show. With Patricia Smith, Murray Hamilton, Marc Connelly, and a score by Franz Waxman. 138 min. (JR)… Read more »

A major filmmaker who has lived in Europe for the past several years, Jon Jost is back in Chicago for the first time in more than a decade to present two programs on successive nights at different venues. Among the most original, resourceful, and independent of American independents, with an awesome body of work to his credit, he’s recently been reinventing himself through digital video, with results that range from the soporific London Brief (1998) to the beautiful, endlessly fascinating Muri Romani. Judging from what I’ve been able to sample so far, the silent In the Rays of Light of Ria Formosa (1999, 112 min.), which Chicago Filmmakers and Columbia College are presenting on Wednesday, ranks much closer to the latter. Described by Jost as “a spiritual portrait of a place and time,” it offers a meditative look at Cabanas, Portugal, that exploits the quirks of the discontinued Sony DX700 camera for exquisite out-of-focus impressionist effects. The following evening the Gene Siskel Film Center will present Six Easy Pieces (2001, 68 min.); shot in Portugal and Italy and employing various kinds of narration and music, it too explores video as a painter’s medium, with subjects that include a museum, a car trip, cobblestones, street kids, and little girls swimming.… Read more » 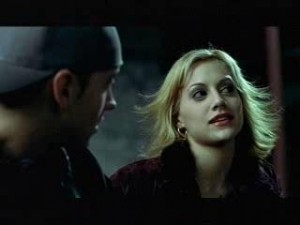 This energetic and often exciting feature from Curtis Hanson (L.A. Confidential, Wonder Boys), set in Detroit in 1995, aims to be the kind of showcase for Eminem and hip-hop that Saturday Night Fever was for John Travolta and disco, and in most respects it succeeds. Hanson depicts a far grungier world, brimming with aggression and homophobia, and one might argue that his version of the working-class “success” story is a lot more honest about the racial and sexual undercurrents of its music and milieu and at least as frank about the desperate need for some kind of transcendence. The movie has some of the braggadocio of its white-trash hero, building to its competitive climax as if it were a gladiatorial sporting event. With Kim Basinger, Mekhi Phifer, and Brittany Murphy; Scott Silver wrote the well-honed script. 118 min. Burnham Plaza, Century 12 and CineArts 6, Crown Village 18, Ford City, Gardens 1-6, Golf Glen, Lincoln Village, Norridge, North Riverside, River East 21, Village North, Webster Place.… Read more »