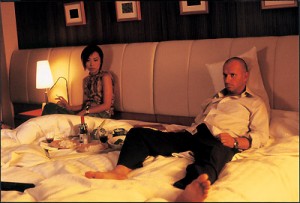 This is radically different from Olivier Assayas’s two previous features (Late August, Early September and Les destinees), but it suggests a continuation of his Irma Vep (1996) in its narrative ambiguity and its feeling for contemporary conspiracy. The main difference is that Assayas seems more deliberate now in tapping his unconscious, making the aura of mystery somewhat more willful. This begins as a sleek paranoid thriller about a multinational conglomerate, dominated by women (Connie Nielsen, Chloe Sevigny, Gina Gershon), that traffics in 3-D manga porn, and though the backdrop shifts from Tokyo to Paris to rural Texas, the film ultimately slides into a netherworld where it’s impossible to distinguish fact from fantasy. It’s gripping and provocative, making effective use of actor Charles Berling and the music of Sonic Youth, though I wish it were a little less indebted to David Cronenberg’s Videodrome. In English and subtitled French. 128 min. Landmark’s Century Centre. 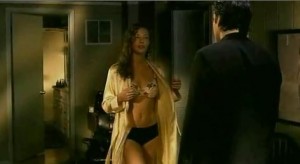