Played with pizzazz by Jessica Alba (TV’s Dark Angel), 22-year-old Honey struggles to teach hip-hop and break dancing to the kids in her inner-city neighborhood in an energetic musical that’s like Flashdance with a social conscience, or Saturday Night Fever with an expanded one. It’s a hokey heart-warmer that works, not just because the dancing is great but because first-time director Bille Woodruff (a music-video veteran) and first-time writers Alonzo Brown and Kim Watson clearly believe in what they’re doing. The secondary cast, which includes 8 Mile’s Mekhi Phifer, Joy Bryant, and a raft of hip-hop stars doing cameo turns, brims with charisma. PG-13, 95 min. (JR)… Read more »

Girl With A Pearl Earring

A greeting card disguised as a historical drama about Jan Vermeer and his 17th-century Dutch milieu. Scarlett Johansson plays Grete, a 16-year-old domestic in the household of the dashing young painter (Colin Firth), who sublimates his feelings for her into his painting. The maid is lit like a Vermeer portrait even when she isn’t posing or mixing his paints, which reduces his art to photo-realism and undercuts the reverence accorded to him as a sacred visionary. The period detail is more vibrant than the minimal story (adapted by Olivia Hetreed from Tracy Chevalier’s novel), which includes Grete’s romance with a butcher’s assistant. Tom Wilkinson plays Vermeer’s patron as a lascivious ogre. Peter Webber, a first-timer, directed. PG-13, 99 min. (JR)… Read more »

Jacques Tourneur’s first and best film in CinemaScope (1955) is also one of his strangest westerns, though the basic materialsfrom the Tex Ritter theme song to the Daniel B. Ullman script, in which Wyatt Earp (Joel McCrea) becomes the reluctant marshal of Wichitaare pretty standard, as is the secondary cast. What Tourneur brings to the story is both visual and metaphysical: distinctive compositions, sets, and interplay between background and foreground; shockingly abrupt and arbitrary violence from raucous cattlemen; an eerie sense of Earp as an angel of death who, like the villains he sets out to disarm, can’t act otherwise or escape his destiny; and an interesting commentary on capitalism whereby the hero upsets the town’s leaders by outlawing all firearms except his own, which is bad for business. With Vera Miles, Lloyd Bridges, Edgar Buchanan, Peter Graves, Walter Coy, Wallace Ford, Jack Elam, and other familiar faces. 81 min. (JR)… Read more »

Mira Sorvino and Lisa Kudrow play best friends who decide with some trepidation to attend their high school reunion. Despite the aggressive silliness of this enjoyable comedy, the emotional focus on the painful social experience of high school makes the film real and immediate, and the flavorsome dialogue in Robin Schiff’s script gives the leads a lot to work (as well as play) with. Directed fairly well by David Mirkin, though this movie really belongs to the actresses and screenwriter. With Janeane Garofalo. (JR)… Read more » 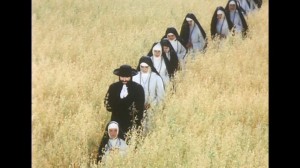 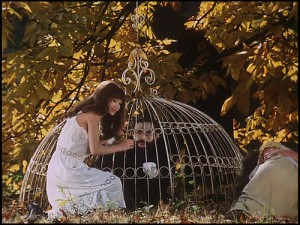