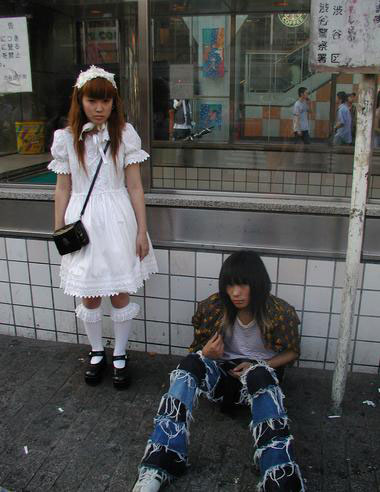 I headed the critics’ jury at Rotterdam in 2004 that gave its top prize to Yutaka Tsuchiya’s exceedingly weird fiction documentary video about teenyboppers drifting around Shibuya, Tokyo’s fashionable shopping district. (Another big fan of the film, incidentally, is Claire Denis.) Bewildering in the best sense, this kinky low-tech digital video is fascinating for its Martian-like characters—dressed like fairy-tale figures and preoccupied with obscure rituals—and its singular use of space, which combines the claustrophobia imposed by small cubicles, TV screens, and surveillance cameras with the vast exterior reaches of the urban landscape, confounding our usual grasp of inside and out, public and private. Imagine Blade Runner restaged inside someone’s closet. In Japanese with subtitles. 98 min. (JR)