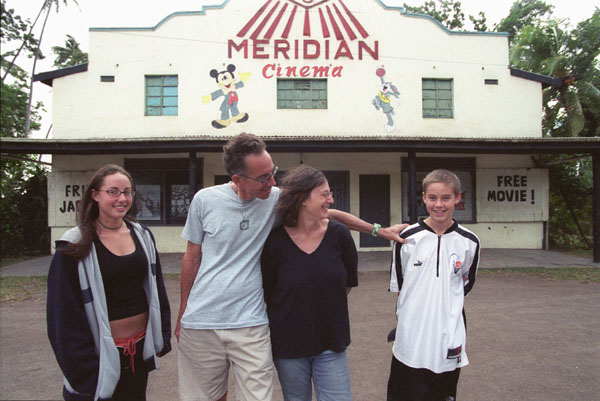 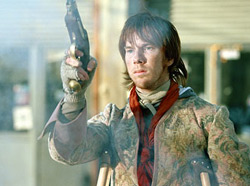 The acknowledged subject of Dear Wendy, written by Lars von Trier and directed by Thomas Vinterberg, is the American obsession with guns and violence. “Wendy” is a small handgun that’s addressed, fondled, and ultimately used by the young narrator-hero played by Jamie Bell (Billy Elliot), who prides himself on being a pacifist even after he starts a gun club, the Dandies. Like the other misfits in the club, he claims to be interested only in target practice, but when they wind up in a bloody shoot-out with the police (among them Bill Pullman) we aren’t the least bit surprised. The meaning is transparent — Vinterberg has been quoted saying, “Pacifists with weapons is what most of the Western world consider themselves” — but the Dandies also wear costumes and have rituals that seem designed to recall teenage bloodbaths in places like Columbine. The film is well acted and directed, but many of the characters and events are completely implausible — for instance, the cops turn a young black criminal over to the Dandies. Of course the filmmakers can always justify such details by calling the film allegorical.

Though von Trier is credited only as the writer of Dear Wendy, it’s made by his production company, Zentropa, and its view of U.S. working-class milieu conforms with the views in his Dancer in the Dark and Dogville, as well as his forthcoming Manderlay. Luis Bunuel’s The Young One, Jacques Demy’s The Model Shop, Michelangelo Antonioni’s Zabriskie Point, and Terence Davies’s The Neon Bible are all good examples of how a foreign director can offer fresh angles on familiar subjects. But I’m skeptical of von Trier’s perceptions, and not just because he’s never set foot on American soil — I readily admit that American economic and cultural dominance are realities that foreigners who’ve never visited this country have to reckon with, so I am open to their fantasies about us. But von Trier’s fantasies are anything but fresh: like Jean-Paul Sartre’s crudely stereotypical play about the Deep South, The Respectful Prostitute, they’re parasitical derivations of other works. 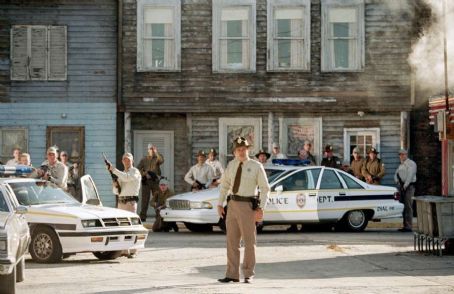 John Pierson is known as an impresario of American independent film. He invested $10,000 in Spike Lee’s first feature, and he wheeled and dealed on behalf of Roger & Me. He also wrote a book and created a cable-TV series. And now he has Reel Paradise, a documentary about moving with his wife and their two teenage kids from New York to a remote Fiji island, Taveuni, for a year — to run a free movie theater. Steve James (Hoop Dreams, Stevie) directed the film, and Kevin Smith served as executive producer. But it was made at Pierson’s instigation, making it something of a vanity production.

Shot over the Piersons’ final month in Taveuni, the film is absorbing enough as an intimate family portrait, complete with friction — at one point the 16-year-old Georgia chides her mother for playing to the camera. Georgia and her 13-year-old brother, Wyatt, are the only white students enrolled in a local Catholic high school, and they turn out to be much better at integrating socially than their parents. Their mother, Janet, describes spending much of her time with her laptop, until it, along with other pieces of expensive equipment, is stolen from their rented mansion. John, for all his enthusiasm for running the cinema, seems uninterested in other aspects of the local culture, and he gets decidedly mixed reviews from the islanders. “John is an American — they’re sort of pushy people,” says one friend, before expressing some grudging respect. The Catholic missionaries resent him as a competitor.

The movies Pierson shows at the theater — which opened in 1954, with a painting of Mickey Mouse on the facade — are mainly recent Hollywood and American indie fare, with Buster Keaton’s Steamboat Bill, Jr. thrown in. Pierson’s sincere desire to be charitable to the natives — inspired by having seen an audience respond ecstatically to a Three Stooges comedy — has both the strengths and limitations of a missionary’s patronizing zeal, and he seems only half aware of the limitations his family, neighbors, and competitors happily point out. Whether he wanted to make this film to justify his attitudes or to expose them isn’t clear. But the comic fallout from his quixotic mission keeps Reel Paradise watchable. 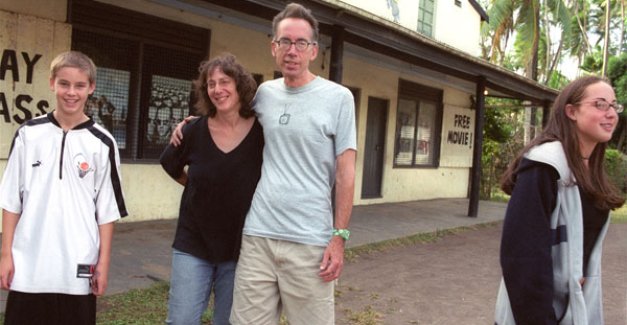